It’s not a secret. We all use stock imagery in our day-to-day design work. So why doesn’t anybody ever talk about it?

My guess is that we’re all just a little ashamed. We want people to see our work as just that: ours. When you have to tell someone that you didn’t create that grungy texture, or you didn’t take that beautiful photo, it feels a lot like admitting that you’ve cheated on a test. But this is nonsense—as designers, it’s our job to put things together and deliver a composition that looks good. In the same way that a chef combines ingredients to produce a tasty dish, we have to combine graphical elements in a beautiful, harmonious, and appropriate way. Choosing the best graphical elements—even if you didn’t create them all—is an important part of that recipe.

If a picture is indeed worth a thousand words, then choosing the right photographic imagery will add depth to both the content and the design of your site. Choosing the wrong imagery, however, can diminish the content, give false impressions, or make your site blend in with the crowd. Before you even begin trudging through stock photography sites for material, you should have an idea of what you’re looking for. Why? Well, if you’ve ever been to the grocery store without a shopping list while you’re hungry, you probably already know the answer. Everything looks good! 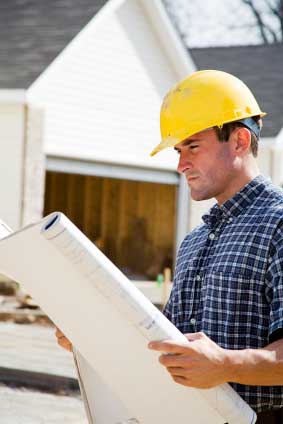 Just like the inventory of a grocery store, not everything you see on a stock photo site is an ingredient for a gourmet production. By far the worst mistake you can make when choosing stock is selecting stereotypical or clichéd images to convey a concept. The use of a light-bulb to express an idea; the ubiquitous girl with microphone headset to represent customer service; or the image of a globe to represent international business—these over-used metaphors are the kiss of death to your unique design, and the very images most clients conjure up when they hear the words “stock photography”.

To avoid the scourge of stereotypical stock, try asking yourself the following questions about the concept, product, person, or service featured in your site.

For example, let’s say you’re building a sales/information website for a home builder. The most relevant photographic image for a company that builds houses might be a contractor with a blueprint. The most artistic image might be a perspective shot of a beautiful kitchen, or an interesting view of the construction process. Finally, the most appealing image for the site’s target audience could be a typical family enjoying their new home. Obviously, these images are all very different, but coming up with a handful of answers to each of those questions will give you a much more detailed idea of what you’re looking for.

Think you’re ready to start searching now? Not quite. At this point, you should probably look around at your site’s competition. Clichés run rampant within specific business genres and you might notice that some of your ideas—like the contractor with a blueprint from our example—might be overused within the field. 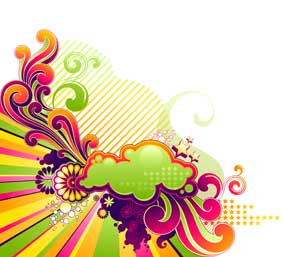 Textures and Illustrations and Icons? Oh My!

Another thing to point out is that stock photography isn’t just about pictures any more. On most stock sites you’ll find a wide variety of potential source materials including textures, vector illustrations, icons, flash resources and even videos.

Note that you should probably customize stock textures and illustrations before using them for client or personal projects. Sure, you could throw together an entire website design using unedited stock textures, images, and illustrations—but to go back to my food analogy, this is the design equivalent to Hamburger Helper or Shake n’ Bake.

The Blessing and Curse of Microstock

How has the availability of stock material become so rich and varied? One word: Microstock.

In the not-so-distant past, using royalty-free stock photography was an expensive option that involved buying entire CDs of themed images that were, well, often useless. At the time, this was an acceptable alternative to paying a per-use fee for rights-managed images, or hiring a photographer to get the exact images you need for an ad campaign or commercial project. In 2001, iStockPhoto, which was started as a free resource for photographer-submitted images, started the microstock revolution by charging a small fee for each image and providing photographers a percentage of that fee. The benefit of microstock definitely falls more in favor of the end user than the photographer, so it took time for this model to become popular. When Getty Images purchased iStockPhoto in 2006, it became fully evident that microstock was here to stay.

The biggest downside to microstock (and traditional stock photography as well) is that the most popular images and resources tend to show up everywhere. There are many instances where direct business competitors have accidentally used the same stock image in competing campaigns. The ASUS/MSI incident is a case in point.

Another problem with using stock is that the most popular images are often the most generic. Therefore, you often have to wade through piles of clichés to find the image you’re after. But, if you can get past those two shortcomings, stock photography can become the designer’s best friend.

The best way to learn how and where to use stock imagery on the web is to look at live examples.

In searching around, you’ll find more stock on sites that sell services than on those that sell products. Companies that sell beautiful products (e.g. cars, computers, clothing) will most likely feature images of their goods rather than a more generic stock image. It makes sense—they want to show you what they’re selling. But if the product isn’t all that photogenic, stock becomes an attractive option. A company that produces pharmaceuticals, for instance, isn’t going take pictures of sickly people popping pills. 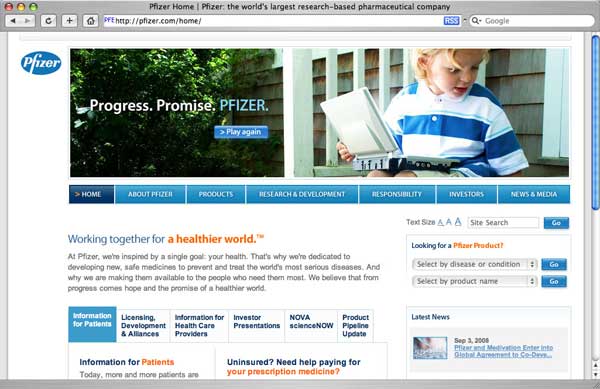 So what kind of imagery does a company like Pfizer use to represent their brand? Smiley, happy, healthy people of course. Let’s take a look at this boy with the laptop on their site. That area is a flash element with several randomly-loaded images, but I guarantee the choice of this image wasn’t taken lightly. It’s relevant to the “Promise” part of the tag line, and the cuteness factor is through the roof. It may not be the homepage image you would expect from the company, but it certainly doesn’t hurt their public image.

Next, let’s take a look at this flowery background of the ad on the AT&T homepage. You might not recognize this image as stock, but you’ll find very similar graphical elements on most stock sites if you search for “vector flowers butterfly”. Why would AT&T choose this cutesy image though? Well, there’s an interesting contrast between the cold lines of the featured phone and the organic nature of this background. The playful, illustrative style of the image will also appeal to the younger target audience of the no-contract phone market.

Finally, let’s take a look at Lending Tree’s homepage. The picture of hands cradling a tiny house is a very relevant image for a loan and mortgage company. Unfortunately I’ve seen too many cheesy stock images of hands holding miniature objects, so I would label this as an obvious cliché. The site’s target audience probably won’t pick up on this though and will more than likely see it as a clever metaphor for owning a home.

Come and Get It

While there are many great resources out there for stock photography the following are sites I have used and/or would personally recommend. Please feel free to share your own favorite stock resources in the article comments!

Jason Beaird is a web designer and front-end developer at Cyberwoven in Columbia, SC. He has a knack for communicating the design process to the non-designer, which led him to write The Principles of Beautiful Web Design with Sitepoint. Jason is adamant about cross-specialization training within the web industry and genuinely giddy about the Refresh Columbia community he helped get started.