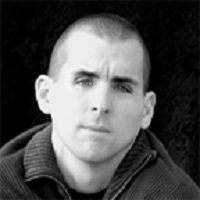 Digital Web: I’m going to lead off with the big question: What lessons can web professionals learn from The Myths of Innovation?

Scott Berkun: They will, upon finishing the book, instantly gain advanced mind control powers over anyone that annoys them. That’s most important, of course—what web professional doesn’t need mind control powers? After that, two things: ways to counter and defend themselves against all the B.S. that’s swept by managers under the word innovation, and tactics for how to lead positive change based on successful innovations from history.

DW: You wrote Art of Project Management, which, in my unvarnished opinion, was pretty great even for PM-by-necessity types like me. What led you from project management expertise to your interest in innovation?

SB: In my warped little brain, both books are about the same thing: making stuff. To make stuff, especially good stuff, you need to know how to manage projects and develop new ideas. My career was about doing both, so I don’t see them as separate. I also think this applies to any field: architecture, filmmaking, music, you name it. I mean, talk to any kick-ass rock band about how they’re going to come up with ten new songs in time to make their contract dates. Guess what you’ll be talking about? Project management. And, surprise! It’s also innovation or creative work. I’m a big fan of setting arbitrary knowledge divisions on fire—just because bookstores or universities choose one way to divide up the universe doesn’t mean it’s a good one.

SB: I think those examples are fine—it’s that the stories told about them are myopic, twisted, sugar-coated tellings of the real tales. I recommend this: Want to understand innovation? Look for the mess, the turmoil, the uncertainty. Read until you believe, in your heart, there were other ways things could have turned out. Most true stories of innovation involve these unpleasant, complex, and frustrating experiences, and it’s rare that a person, or an idea, transcends those challenges. Innovation is rare. To be an innovator means to accept these odds, to see the frustrations as likely experiences, and to choose not to give up based on those reasons alone. That’s one of the best lessons to take from the analysis offered in the book of Gutenberg, the Wright brothers, and Edison—they all failed in various embarrassing ways before, during, and after their famous successes, and that resilience is more useful than the romance many innovation books focus on.

DW: You spend a portion of the book dispelling the myth that the world beats a proverbial path to the latest, greatest mousetrap. If superiority alone won’t trigger success for our products, apps, widgets, and blogs, what factors do we need to think about to encourage success?

SB: Bribes. I think bribes are highly underrated. Especially if they are given to me in large quantities without any strings attached. Actually, the book explores how social factors dominate the spread of innovation—culture, not technology, is the overlooked variable in determining why certain things gain adoption and others don’t. Successful innovators spend as much time understanding the people they are designing for, their beliefs, feelings, values, and needs, as they do the technologies they’re using to build innovations, and the book offers the fundamentals on how to do this. So, the superiority of your mousetrap is sure nice in an ivory-tower setting, but if people—customers—can’t see why it’s superior, then the superiority is just your opinion. And sadly, I don’t know anyone who has made millions solely on the superiority of their own opinion.

DW: Browser of choice? Just kidding, that’s not my real question. You like to mess with reader/author barriers and add humor to your books. Why? Sub-question (and the one I really want to ask): What prompted you to write the ridiculously funny colophon for The Myths of Innovation?

SB: This planet takes itself way too seriously. Voltaire said God is a comedian playing to an audience afraid to laugh, and I rarely disagree with Voltaire. I mean, take the browser wars. Can you really fight a war over browsers? Is that something to be proud of? Can you think of a worse kind of hyperbole today? It’s absurd. Yes, people should work hard and be passionate about things, but as much as I love Firefox I don’t think it’s going to save our species from any of its major shortcomings anytime soon.

As a writer, to make a joke, especially a good one, signifies that it’s okay to see things differently than I do. It’s okay to laugh, or disagree, or question, or whatever it is that you feel. Authors really don’t know everything, even the great ones. If a writer can make the reader feel like a nudge closer to being a partner rather than just a slave, it invites readers to do more than take the authors word—but, instead, to ask questions and follow their own thoughts once they’re done with the author’s.

That’s one of my ambitions—to help people find their own opinions and ideas. Nothing pleases me more than a thoughtful question from a smart reader: It means they understood what I wrote well enough to go past it, and then I get the chance to learn something from them.

Scott Berkun is a world champion in writing short bios.

Tiff Fehr is a user experience engineerette, specializing in design & front-end development. She lives in Seattle and works for msnbc.com. Tiff can be found tinkering away on tiffehr.com, amongst other side projects. She truly digs working for Digital Web Magazine, and adores her colleagues.