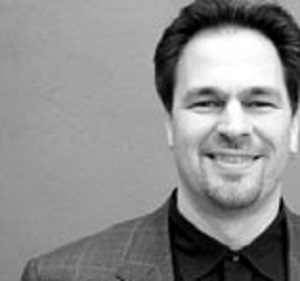 Digital Web: First, tell us a little bit about yourself. What’s your background and where did you grow up?

Brad Smith: I was raised on a farm in Oregon, and the day after I got my driver’s license, my family took a six-week summer vacation tour of the U.S. During the trip, we stopped in New York City for two days. We were walking up Fifth Avenue and I thought, “This is where I want to live,” and that’s where I headed after I graduated from college. I took film classes at the School of Visual Art, managed an art gallery, and worked a variety of jobs in the film and food service industries before starting up Hot Pepper Studios.

Digital Web: So how did you get involved with the Web? What was your first experience online?

BS: Way back in 1993, I created some interactive pieces for a BBS-based application called Excalibur; it pre-dated Flash in that content was created as fairly lightweight vector images that were sent over speedy 9600 baud modems. When Mosaic came along, we bailed on Excalibur.

BS: Hot Pepper is a design studio that produces entertainment, education, and marketing communications projects for Web, print, and film.

Digital Web: Was this something that just came to you one day or did it evolve over time?

BS: I had some money saved and wanted to strike out on my own. When Susan Prior and I started the company, we focused on film production and made several short subject pieces and an educational film for kids on recycling, which we self-distributed. I bought a Mac so that we could design and produce our collateral and packaging, which opened up the world of desktop publishing. I was working on a 40 MB Photoshop file at two a.m. and each time I nudged it one pixel, I could have gone out for a cup of coffee before it rendered to the screen—this helped me decide to pursue more projects that could be delivered at screen resolution.

Digital Web: How many people work at Hot Pepper Studios today? Do you think you will expand the company when the economy picks up or will you stay relatively the same size?

BS: We have six employees and work with a number of contractors, from writers to programmers. Small is good. We like an open atmosphere and free flow of ideas. If we do grow, we’ll likely keep the staff under fifteen full-timers.

Digital Web: What would you say is the best thing about doing work at Hot Pepper Studios?

BS: I really enjoy the range of work that we do, and we have an excellent staff that is always ready to jump in and try something new.

Digital Web: Your office space has a very 70s sort of appeal. Is this photo actually signed by the great Robert De Niro? Who is your decorator?

BS: Thanks. The decor is an eclectic mélange of retro and modern. DeNiro’s photo is a publicity still from the movie Heat. It’s really Bob’s signature—seemed fitting for the studio.

Digital Web: What kinds of projects and clients have you worked on over the last year? Any new projects that you want to tell us about?

BS: We produced a series of Web sites and broadcast animations for OPB and PBS, a tradeshow video for Mentor Graphics, and some identity and print work. Currently, we’re producing a half-hour television program called “ZigZag: Real Stories, New Angles” with filmmaker Beth Harrington, who was nominated for a Grammy for her film “Welcome to the Club: The Women of Rockabilly.” We’re creating a Web site that compliments the broadcast, with Web-only stories focused on transportation and how our choices affect our lives and our communities. I love projects like “ZigZag” ’cause it gives us the opportunity to integrate design across a variety of media.

Digital Web: A while back I was introduced to what was at that time called Oregon’s Multimedia | Internet Developers Group. Today, it is known as DevGroup NW. Could you explain a little bit about what the group does and what kind of people make up the membership?

BS: The DevGroup has over a thousand members and is a forum for new or changing ideas on interactivity and the Web. The group meets on the third Wednesday of each month and we try to offer a variety of programming to appeal to a membership with a fairly diverse set of experience—designers, programmers, information architects, writers, advertising and marketing folk, and other Web/interactive professionals.

Digital Web: So what types of topics have you covered over the past year or so and who presented those topics?

Digital Web: The DevGroup NW website was recently redesigned and now has its own domain. What were the motivations and goals for this change?

BS: The old site was built entirely in Flash and was kind of hard to update. We wanted to create a site that was elegant and focused on the information. No intro animations—which I hate—and few graphics. We also retired oregon.org and registered devgroupnw.org, which is more in keeping with the identity.

Digital Web: There are several other user groups and associations within the Portland area that focus on Web related topics. Do you find these groups are competing for the attention of the same groups of people within the community?

BS: Yes, it’s certainly possible to fill one’s evenings with meetings. We’ve been trying to work more closely with Internet Professionals NW (IPN), the ColdFusion User Group, CHIFOO, and others to limit redundancy of topics. There’s certainly a need for smaller, ad hoc groups that get together over a few beers to discuss common issues. The problem is that it’s hard to sustain these groups because, regardless of size, it takes a lot of dedication to keep the meetings going.

Digital Web: Do you see the membership of the DevGroup NW increasing over the next few years or would you rather have the membership and meeting sizes stay about the same?

BS: I like to see a turnout of 50 to 70 people at our meetings—large enough to get some good discussions going, but small enough to allow for attendee introductions before we get started.

Digital Web: You have spent the last several months in preparation for WebVisions 2003 on July 18. Clearly, you have put in a lot of effort to make this event something special for everyone attending. What sets WebVisions apart from the few remaining Web conferences and expos out there?

BS: We have a great planning committee, and we start out by putting together a short list of Web experts we’d love to have coffee with, then start emailing and calling. The event has a great reputation and it reflects nicely on the city and the Web community that such high-calibre Web visionaries are excited to come here. Plus, there’s a personal connection that flows into the presentations, which doesn’t seem to happen at most conferences.

Digital Web: Do you plan on making a profit this year? And, if not, what is the main goal for putting on this event?

BS: WebVisions is about bringing together the Web community. We try to keep the registration costs low so that almost everyone can afford to attend. When we do have some money left over, it’s used to fund the DevGroup NW. Thankfully, we have a terrific group of volunteers, sponsors, and speakers who make it easy for us to produce the event.

Digital Web: Who is sponsoring and, more importantly, who is speaking at the event this year?

BS: First, we have a great lineup of speakers: Jeffrey Veen, Kelly Goto, Jeff Faulkner, Mark Newhouse, and Dr. U.N. Umesh. I heard Jeffrey Veen speak at a PBS Interactive Summit and was incredibly impressed. Kelly Goto gave one of the best presentations at a Macromedia User Conference that I attended.

BS: The venue for WebVisions went from a small un-airconditioned old church that was transformed into a theater of sorts in 2001, to a high-tech lecture hall at Portland State University in 2002. This year, WebVisions is at the Oregon Convention Center, perhaps the largest convention space in all of Oregon.

Digital Web: Are you expecting a better turn out than in previous years?

BS: People are still talking about how hot and uncomfortable the first venue was! But despite the heat, the first WebVisions was incredible, informative, and inspiring and drew over 350 attendees. This year, we’re adding an Exhibition Hall and expanding the roster of speakers—and air conditioning and plenty of comfy seats. I’m predicting a record turnout.

Digital Web: So what else will be different this year from past years? Are there any big changes or additions to the event?

BS: The event now runs for a full day, and we’ve changed the format a bit, with sessions in the morning and afternoon, a dedicated time for the student competition, a longer gotoAndPlay() Flash Film Festival and a keynote address followed by the panel discussion.

Digital Web: I hear that there will also be a big wrap party this year. Where will it be held and who can get in?

BS: This year, the party will be at Aura on West Burnside across from Powell’s Books. WebVisions attendees will receive a free pass to the VIP lounge and get to hang with the speakers and Web celebrities. Heather Irwin from DailyPDX is planning the party. There’s been rumors of twin go-go dancers.

Digital Web: So what is your Web vision? What do you perceive the future of the Web to be?

BS: As broadband and wireless become more universal, there will be less emphasis on browser-based delivery of content and a growth in embedded or downloadable applications that connect to the Web. I can see inexpensive, wireless handhelds that allow one to check on traffic, get sports scores, do instant messaging, and read the joke of the day. All while driving.

Microsoft’s abandonment of a standalone version of IE is a pretty clear sign that times, they are a changin’.