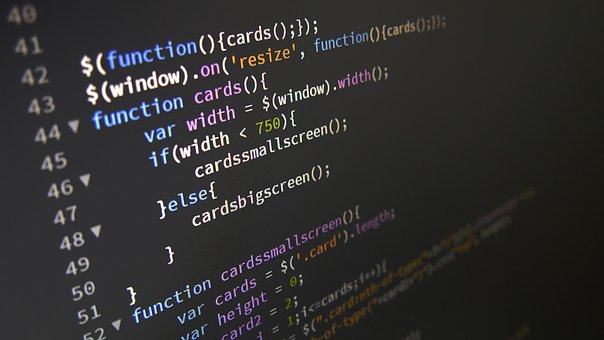 Scope is one of the foundational aspects of the JavaScript language, and probably the one I’ve struggled with the most when building complex programs. I can’t count the number of times I’ve lost track of what the this keyword refers to after passing control around from function to function, and I’ve often found myself contorting my code in all sorts of confusing ways, trying to retain some semblance of sanity in my understanding of which variables were accessible where.

This article will tackle the problem head-on, outlining definitions of context and scope, examining two JavaScript methods that allow us to manipulate context, and concluding with a deep dive into an effective solution to ninety percent of the problems I’ve run into.

Where Am I? And Who Are You?

Every bit of your JavaScript program is executed in one execution context or another. You can think of these contexts as your code’s neighborhood, giving each line an understanding of where it comes from, and who its friends and neighbors are. As it turns out, this is important information, as JavaScript societies have fairly strict rules about who can associate with whom; execution contexts are better thought of as gated communities than as open subdivisions.

We can refer to these social boundaries generally as scope, and they’re important enough to be codified in each neighborhood’s charter, which we’ll refer to as the context’s scope chain. Code within a particular neighborhood can only access variables listed on its scope chain, and prefers interaction with locals to associations outside its neighborhood.

Practically speaking, evaluating a function establishes a distinct execution context that appends its local scope to the scope chain it was defined within. JavaScript resolves identifiers within a particular context by climbing up the scope chain, moving locally to globally. This means that local variables with the same name as variables higher up on the scope chain take precedence, which makes sense: If my good friends are talking together about “Mike West,” it’s pretty clear that they’re talking about me, not about the bluegrass singer or the Duke professor, even though the latter two are (arguably) better known.

Let’s walk through some example code to explore the implications:

function pleasantville() {
var the_mayor = “I rule Pleasantville with an iron fist!”,
ima_celebrity = “All my neighbors know who I am!”;

Our global star, ima_celebrity, is recognized by everyone. She’s politically active, talking with the_president on a fairly frequent basis, and incredibly friendly; she’ll sign autographs and answer questions for anyone she runs into. That said, she doesn’t have a whole lot of personal contact with her fans. She’s pretty sure they exist and that they probably have lives of their own somewhere, but she certainly doesn’t know what they’re doing, or even their names.

Inside pleasantville, the_mayor is a well-known face. She’s always walking the streets of her town, chatting up her constituents, shaking hands, and kissing babies. As pleasantville is a big, important neighborhood, she’s got a big red phone in her office, giving her a direct line to the president (or at least a top aide) 24 hours a day, 7 days a week. She’s seen lonely_house up on a hill at the outskirts of town, but never really worried about who lives inside.

That lonely_house is a world unto itself. The agoraphobic stays inside most of the time, playing solitaire and feeding a_cat. He’s called the_mayor a few times to ask about local noise regulations, and even wrote ima_celebrity (Pleasantville’s ima_celebrity, that is) some fan mail after seeing her on the local news.

In addition to establishing a scope chain, each execution context offers a keyword named this. In its most common usage, this serves as an identity function, providing our neighborhoods a way of referring to themselves. We can’t always rely on that behavior, however: Depending on how we get into a particular neighborhood, this might mean something else entirely. In fact, how we get into the neighborhood is itself exactly what this generally refers to. Four scenarios deserve special attention:

Let’s run with that last example for a moment longer. What if instead of running click_handler, we wanted to ask deep_thought a question every time we clicked the button? The code for that seems pretty straightforward; we might try this:

Perfect, right? We click on the button, deep_thought.ask_question is executed, and we get back “42.” So why is the browser giving us undefined instead? What did we do wrong?

The problem is simply this: We’ve passed off a reference to the ask_question method, which, when executed as an event handler, runs in a different context than when it’s executed as an object method. In short, the this keyword in ask_question is pointing at the DOM element that generated the event, not at a BigComputer object. The DOM element doesn’t have a the_answer property, so we’re getting back undefined instead of “42.” setTimeout exhibits similar behavior, delaying the execution of a function while at the same time moving it out into a global context.

This issue crops up all over the place in our programs, and it’s a terribly difficult problem to debug without keeping careful track of what’s going on in all the corners of your program, especially if your object has properties that do exist on DOM elements or the window object.

Manipulating Context With .apply() and .call()

We really do want to be able to ask deep_thought a question when we click the button, and more generally, we do want to be able to call object methods in their native context when responding to things like events and setTimeout calls. Two little-known JavaScript methods, apply and call, indirectly enable this functionality by allowing us to manually override the /files/includes/default.css value of this when we execute a function call. Let’s look at call first:

In this example, we first define two objects, first_object and second_object, each with a num property. Then we define a multiply function that accepts a single argument, and returns the product of that argument, and the num property of its this object. If we called that function by itself, the answer returned would almost certainly be undefined, since the global window object doesn’t have a num property unless we explicitly set one. We need some way of telling multiply what its this keyword ought refer to; the call method of the multiply function is exactly what we’re looking for.

apply works in exactly the same way as call, but allows you to wrap up the arguments to the called function in an array, which can be quite useful when programatically generating function calls. Replicating the functionality we just talked about using apply is trivial:

apply and call are very useful on their own, and well worth keeping around in your toolkit, but they only get us halfway to solving the problem of context shifts for event handlers. It’s easy to think that we could solve the problem by simply using call to shift the meaning of this when we set up the handler:

The problem with this line of reasoning is simple: call executes the function immediately. Instead of providing a function reference to the onclick handler, we’re giving it the result of an executed function. We need to exploit another feature of JavaScript to really solve this problem.

The Beauty of .bind()

I’m not a huge fan of the Prototype JavaScript framework, but I am very much impressed with the quality of its code as a whole. In particular, one simple addition it makes to the Function object has had a hugely positive impact on my ability to manage the context in which function calls execute: bind performs the same general task as call, altering the context in which a function executes. The difference is that bind returns a function reference that can be used later, rather than the result of an immediate execution that we get with call.

If we simplify the bind function a bit to get at the key concepts, we can insert it into the multiplication example we discussed earlier to really dig into how it works; it’s quite an elegant solution:

First, we define first_object, second_object, and the multiply function, just as before. With those taken care of, we move on to creating a bind method on the Function object’s prototype, which has the effect of making bind available for all functions in our program. When multiply.bind(first_object) is called, JavaScript creates an execution context for the bind method, setting this to the multiply function, and setting the first argument, obj, to reference first_object. So far, so good.

The real genius of this solution is the creation of method, set equal to this (the multiply function itself). When the anonymous function is created on the next line, method is accessible via its scope chain, as is obj (this couldn’t be used here, because when the newly created function is executed, this will be overwritten by a new, local context). This alias to this makes it possible to use apply to execute the multiply function, passing in obj to ensure that the context is set correctly. In computer-science-speak, temp is a closure that, when returned at the end of the bind call, can be used in any context whatsoever to execute multiply in the context of first_object.

This is exactly what we need for the event handler and setTimeout scenarios discussed above. The following code solves that problem completely, binding the deep_thought.ask_question method to the deep_thought context, so that it executes correctly whenever the event is triggered: