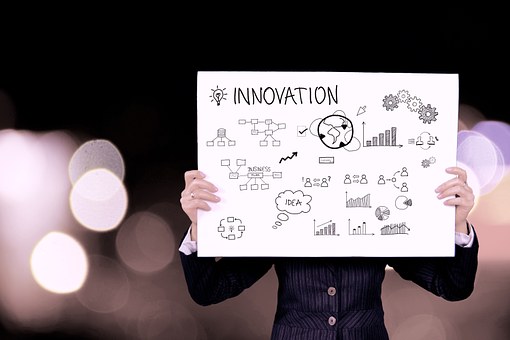 Last month’s column focused on the general concept of user-centered design. This month presents a look at the more limited field of usability and offers a way around the simple = dull equation that threatens good usability design.

A site should be innovative in design and content, but, when it comes to usability, a slightly conservative mindset is the best option.

Your visitors are used to particular ways of navigating sites and entering data in forms. If you keep it simple by sticking to those well-known ways, you’re reasonably certain that most of your users will understand how your site works.

In practice, this may mean copying usability concepts from other sites. If thousands of well-known sites have a navigation bar on the left, your users will immediately understand what the off-color bar to the left with the many underlined bits of text is for.

Copying well-known concepts can be dull, even though it may be simple. As the first column explained, simple sites are often mistaken for dull sites.

Not surprisingly, the simple = dull equation is a fundamental part of the mental make-up of all web designers, who have fallen in love with the endless empty spaces of the web. Web design is attractive because designers want to leave their mark on these spaces and fill them with new ideas. Yet, on the web, there are few fundamental rules; therefore, your ideas could become the new fundamental rules.

Suppose you have a great usability idea and try it in a few sites. Other web designers might pick it up and copy it or write about it. It’s quite possible that, only one year after you originally conceived it, your idea could have grown into a basic law of usability.

Granted, this won’t happen most of the time, but it is a distinct possibility. Even this small chance to create a fundamental law of a new medium is enough to dazzle the minds of creative, innovative people all over the world and to send them running for their computers.

Web designers and developers are, almost by definition, concerned with new ideas and with trying them in their sites. New ideas usually start as quite complicated affairs, mainly because the inventor doesn’t yet know which parts of his or her idea will be important in the long run and which parts can be safely removed.

If web developers want to avoid complicated sites at all costs, they should avoid new ideas. Understandably, they don’t like that idea, and, in fact, like it so little that simplicity and dullness have become one and the same.

One idea at a time

How do web designers avoid dullness while maintaining simplicity? How do they strike a balance that will satisfy both innovative web developers and conservative end users?

Use only one new idea in any web site. The users can concentrate on understanding this single new idea, while the rest of the site is comfortably familiar.

Suppose you create a web site which contains lots of forms. An extensive navigation provides access to these forms, and the visitors need some help entering the data. Finally, the data has to be validated and the results of this validation presented to the user.

Of these three usability problems, only one should be solved by a new idea. If you opt for a totally new way of navigating the forms, the help and validation functions should be based on old, well-known concepts. If you want to create an extensive and innovative help function, the navigation and validation should be as simple as possible.

This approach has three distinct advantages. First, it reduces user confusion, which is always a good idea.

Secondly, this approach forces you to think and rethink the site and your ideas on a fundamental level. Which site feature is the most important: navigation, help function, or validation? Which of your new ideas is the best?

Finally, the goal of incorporating new ideas in your sites is to find out if they work, if they make a certain task easier and more intuitive, or if they provide a better interface for it. Therefore, the site you use them in is an experiment to find out if your idea is a good one. This experiment should be as scientifically correct as possible.

In web design terms, any user feedback on or statistics of the site as a whole should ideally reflect only on your new idea. All items other than your new idea should be well known, even a bit boring, so that your visitors will use them without thinking and won’t comment on them.

Of course, web development is not an exact science–far from it. Truly scientific experiments cannot be performed on web sites, since even the simplest site contains far too many unknown factors.

Nonetheless, it’s a good idea to be as exact as you can, to isolate new ideas and test them “in the void,” as it were, without a clutter of other new ideas that may distort the outcome of the experiment. Even if your data won’t be scientific evidence, you’ll have a better chance to discover how your idea works in practice and how you can improve on it.

Allowing only one new idea at a time is the best way to keep your site simple while still allowing for innovation.