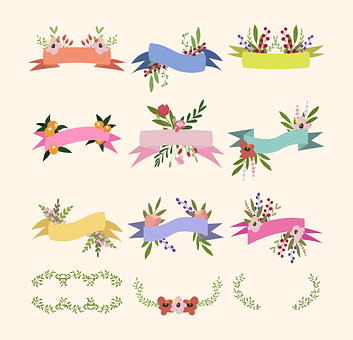 The process of redesigning a logo

Since Digital Web Magazine had no idea what their new logo should actually look like, they gave me carte blanche for the initial concepts. Not an easy assignment—many questions started popping into my head. Who do I actually design the logo for? Who is their audience? What does that audience feel comfortable with? And so on… The answers to such questions are fundamental in order to create a decent and representative logotype.

The concepts we picked along the way were strongly influenced by the personal flavor and suggestions of the reviewers and my style of design. The most important (and also the most widely varied) perspective we had to keep in mind was the reader’s. The time between the first concept and our final product was about three months. The reason it took so long was probably the diversity of thoughts and backgrounds between the reviewers and me. On the other hand, it was a great advantage that such different people could share their opinions and objectives with each other.

The first design was a tryout, a wild guess to test Digital Web’s reactions. I thought something very unique might be a good concept to start from.

After reviewing this tryout, the first thing we realized is that the characters should be more legible since Digital Web is all about highly readable content. Traditionally, the name Digital Web has always been a two-word combination. This concept is seemingly too far away for consideration. A nice sans-serif typeface would be ideal but is not sufficient to function as a standalone identity. Adding a symbol or icon allows us to turn a common typeface into a unique and representative logo. This symbol should also be able to function without the text so we keep our typeface problem for later.

Our second set, but our first actual symbol set, was a range of symbols based on the type of concept 1A. These designs could function as an independent symbol and an abbreviation at the same time. Every symbol on this set should represent a D, a W, and possibly an M, though the letter D on concepts 2B and 2C could be confused as a letter C with an attachment on top.

The concepts 2A and 2C could be improved to a thicker and more solid symbol instead of the separate parts they are built from. Concept 3A is what came forth from it but the stripes (and especially the colored one) reminded us too much of a sports brand, definitely not what Digital Web is looking for. More on the colors will follow later.

Except for 3A, I tried some totally new, not too complex concepts on this set. On 3E and 3F we found out the D and the W could be difficult to read. 3C and 3D may have too angular shapes and sharp corners, but we left them open for consideration. 3B definitely came out as the strongest out of this set because of its simplicity and uniqueness. Note that, with some imagination, the colored shapes on 3B form a letter ‘W’ and the negative space on the inside forms an almost finished letter ‘D’. This concept was a huge step forward on our mission and a new basis to continue from.

Next are a number of different variations based on the concept 3B we picked out of the previous set. Note that our favorite concept from set 3 returns on this set as 4N. In this load of experimental designs, I tried to increase the natural and spontaneous value of our logo. For example, the tops of 4D and 4L have this wave shaped edge. Others had a rounded corner at the left bottom, like the complete orange and blue rows. The thing that really did it was the right prong of the ‘W’.

The first three examples in the orange and red rows lost their too technical feel by sharpening the right end. Our logo looks a lot more dynamic in general and our letter ‘D’ remains unharmed. I also tried a different contrast on some of the concepts by coloring the center area black. But the monotone color turned out to be better because a contrast was not really necessary here. The accompanying typeface we would add later on was going to be partially black anyway. Out of this set, we favored concept 4I, because of its new dynamics and still because of its simplicity.

The next step we took was smoothing out the bottom of our logo. Note that the connection between the base and the right prong is smoother and rounder in concept 5A than in concept 4I from the previous set. Another idea was a mosaic version (5B) but it was quickly dumped.

The symbol we had so far seemed to be pretty good already so it became harder to take our next step. Some new experimental designs could open up new visions to strengthen our logo. This is probably the craziest set of them all. We realized pretty quickly that the designs on the right half were going the wrong direction, though we left concepts 6B, 6F and 6J open for discussion because of their freshness. The cursive style and the swooshing top curve gave our logo a modern and active look. Next to 6B, our previous favorite looks pretty bald and dull so our new style might be worth exploring.

The next idea was to connect the top curve with the center of the ‘D’ to form a solid, single-piece shape. Note that in design 7A the letter ‘W’ is now formed by the negative space of the colored shape. The first result on this set became Digital Web’s ultimate choice. I tried some more natural variations afterwards but we saw the ‘W’ fading away again. So 7A it would be.

As I mentioned before, a sans-serif font would fit best for a modern logo so I tried a number of commonly used and easily readable fonts. At first sight, the look of these types was definitely a lot clearer than the one we had in the beginning. Type 1 came out best thanks to its good use of white space between the characters and the words. As you can see, the use of white space on types 3 and 4 was pretty poor in comparison to the other two. Because the character spacing for ‘Magazine’ will be larger, I kept the spacing for ‘Digital Web’ as small as possible. This maintains a contrast between them and otherwise the letters will be spread out too much. Also note that the font on Type 1 is more condensed than the others, probably another reason why the spacing looked better. Type 1 has all the specifications that a good font should have.

The only pitfall here was that the font was not unique. Actually, it has been used a lot in the Web design world so it could be worth trying a similar modified type to have a result with a unique face.

The first thing you’ll notice on this batch is probably the difference in boldness. Most aspects of type 1 on the previous set were kept on these types except for some angles. The sharpest corners (e.g. the ‘A’ and the ‘W’) have been rounded to break through the dullness of a usual sans-serif font and fit within the dynamism of our symbol. Pretty soon, we picked type 6 out of this set. The thickness of the font was kind of perfect for our logo, not too bold and not too light. We realized that, with some imagination, the ‘B’ might be looking a bit like an ‘8’, which we’d better avoid. So next is our favored type again, but this time with a 90 degree corner on top of the letter ‘B’.

The only thing we are missing now in order to complete our final logo is the ‘Magazine” text. The font we had in our first tryout was a bit too angular and techno. And again, the legibility is one of the most important aspects for Digital Web so we also chose a fitting sans-serif font here. Our first shot was bull’s eye because we kept this type immediately. Thanks to its simplicity and clearness we thought it would look good with the rest of our logo.

Along our way of creating concepts and reviewing, we never actually thought of a definitive color for the logo. The only thing we knew is that it should be happy, clear and flexible. The colors I played with on this page are just examples and possibilities of what would work best in contrast with the text and background. Using only one actual color left us open to fit the logo into every form of design. The symbol and the ‘Magazine’ text can be colored depending on the design of the site. The ‘Digital Web’ text could be either black on a light back or either white on a dark back.

The logo we have come to should fit in the new design of the site easily. Let’s hope it also strengthens Digital Web’s identity to the world.

Special thanks to Nick Finck and Jesse Nieminen for their patience, reviews, and ideas.

Kristof Saelen is a designer in the true sense of the word. He is the Principal of EvilNation in Belgium and the designer of the Digital Web Magazine logo.