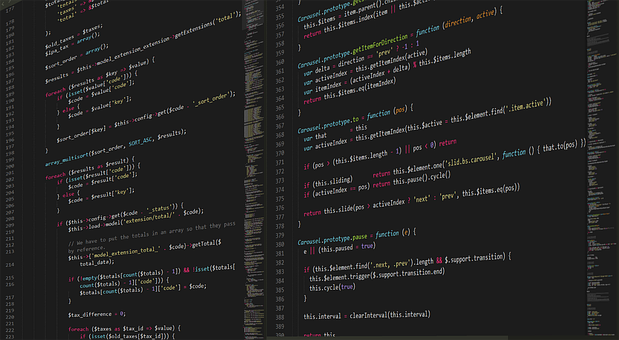 In: Columns > Behind the Curtain

I routinely see new programmers running into trouble with the concept of variable scope. It’s an extremely important concept, however, and one that must be understood in order to develop a reliable application. If you work in multiple programming languages, it can get even more confusing—each language has its own set of rules about how variable scope is handled.

When all variables are always available, memory is wasted because it is set aside well before or after it’s needed. This also causes a lot of confusion when a programmer needs to recall used variable names. So, we have scope.

JavaScript and PHP do not require you to declare a variable before use. This can be handy when you just need to get something done but problematic when troubleshooting.

For example, in JavaScript, a variable declared outside of a function is available inside a function:

A variable declared within a function will not be available outside of a function.

Confusion can really begin to set in when using the same variable name inside and outside of a function.

Some languages have syntax to prevent these types of errors from occurring. In PHP, for example, to use a global variable inside a function, you must use the global keyword.

Global variables are accessible even within multiple include files.

With small scripts, you’re not going to run into these types of issues often, because it’s relatively easy to keep track of everything that’s going on. Inevitably, applications become larger and more complex, and tracking down the source of a problem becomes more laborious. One of the best ways to sidestep errors is to avoid using global variables.

There are two ways to minimize the use of global variables:

#1 Do not use global variables from within a function

Instead, pass in any required values as parameters to the function.

Using our JavaScript example from before we can do this:

This mantra is similar to the first point, but on a larger scale. Instead of a collection of functions that perform related tasks, the functions become methods of an object. (A method is a function that belongs to an object.) Values can then be passed into the object in a variety of useful ways:

When traveling between two countries, you declare your goods at the border. Apply this analogy and declare variables at the border of the function—that is, right when you get into a function.

Declaring your variables right away ensures that you haven’t accidentally embedded a variable declaration, like in a while loop, too deep in the code. It also helps ensure that you’re not reusing variable names that could erase data you’re expecting further on in the function.

Scope in a Recursive Function

Ignore the fact that this loop is somewhat pointless—the basic concept is that $currentvalue never becomes greater than 2. Think of each execution of a function as a self-contained entity in memory. Even when called from within itself, that new call makes a copy of itself and any variable declarations made within that function stay within it.

Understanding scope will save you time troubleshooting and will make your code easier to follow. Keep your code minty fresh!