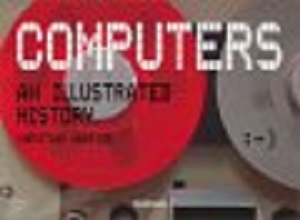 Taschen have turned their considerable talents for producing stunning art books to the computer, producing this lavish volume full of photographs of long-forgotten machines with names like ENIAC and UNIVAC and ZX80. Author Christian Wurster is a German designer and the inclusion of shorter essays by other German designers is a little bit short-sighted, considering that many of the machines mentioned were created in the United States. Though lavishly illustrated, the photos are marred in many cases by inaccurate captions or even moiré patterns that any skilled scanner operator could have avoided. The Atari 800, for instance, is referred to as an 800XL, a totally different and later machine. The Sinclair ZX80, clearly labeled in the photo, is captioned as the later Sinclair ZX81, despite the fact that the ZX81 appears, correctly captioned, just a page later. A screenshot from Mac OS 9 is labelled OS X. In addition, there are misspellings throughout. I found myself unable to trust the author’s accounts of the history of the computer after all these glitches. Also, the book’s cleverness in forcing the reader to turn the book sideways, “laptop-style,” only increases the awkwardness, as does the editorial choice to /files/includes/print.css the guest essays in a “dot-matrix” font on a green background.

Overall, Taschen has missed an opportunity to preserve a fascinating period of history. Though many of the photographs are welcome reminders of the recent history of computers, the book itself is not designed to be read as a history. Rather, it is a coffee table book of mixed quality. Perhaps one of the American publishers could take up the challenge of producing a top-notch history accompanied by some beautiful photographs. New Riders, are you listening?