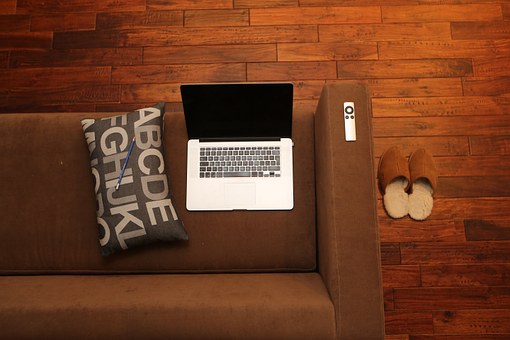 Design for the Sofa

On my flight from Los Angeles to Hamburg I read in the Zeit, a well established German newspaper, that a major TV channel now from time to time displays a small BMW Z3 racing over the screen regardless of the underlying program or commercial. Despite the toy-like character of this idea, being part of a national advertising campaign, it can easily be identified as a “TV-banner.” Very alien in the first place, not only because of the potential random competitive conflicts, it illustrates to what extent the perception of television has changed, and not only in the US. Taking a closer look at broadcast design one can see the influence of the web aesthetics in many places and can already assume the layer that will be used for graphics on the surface of the screen. Convergence happens not only on a technological level but also in terms of appearance.

The idea that the massmedium broadcast fuses with the web-connected personal computer is commonly referred to as convergence; many circumstances make it likely that it does finally happen in one way or another.

The Web as most people know it is still infantile and not even 10 years old, it makes sense though to assume that lack of bandwidth is a temporary phenomenon. Different technologies are able to speed up the web to a state without waiting called broadband, this is probably how the web will be for everybody within a few years. One can only guess if it will be ADSL, cable modem, satellite or isdn that makes the race (or a combination of these), but there is definitely a strong need (=market) for improvement. Likewise more efficient compression, particularly in moving images, allows a lot more impact and motion on the web.

On the TV side of the equation, technologies that enhance the program with interactivity are already in use, the telephone as a backchannel in TV-shopping can be seen as their ancestor. Also various technologies that utilize the TV as a display for the browser/computer interface can be purchased today.

Digitally powered TV sets memorize the program while playing, allowing pausing, get a snack, and continue with the news after return. These computers also record like VCRs and are pseudo-intelligent, capturing content that is similar to the users usual choices. Behind the scenes, where the content for broadcast and the movies is generated, a whole new generation of digital filmmaking and post-processing changes the business of capturing moving images. The cost of computing power does inflate here as much as anywhere else.

Another influences for the development of the new medium is the game environment. Not only are the consoles already a digital tool that lives in symbiosis with the TV, they also prepare a generation of consumers to very high quality interaction and imagery on the screen. The latest generation of the consoles also comes with web access. With the wireless development continuing to explode, the devices might as well be independent from fixed locations. Sooner or later all digital possibilities will be available on every device that is used for communication, be it one-way or multi directional. The converged medium is going to be interactive, on demand, scalable, animated and available almost everywhere.

Although there will be no real technological difference, the customer will still be confronted with different kinds of interfaces, depending on use, expectation and circumstances.

Nobody wants to watch a movie on a PC, sitting in an office on an office chair in touching distance to the screen, at 3pm in the afternoon. It is also hard to imagine to do so on the three by four inch display of a cellphone. Very unlikely it also feels that we will be writing e-mails or booking flights with the remote on the sofa. These scenarios describe the physical shortcomings of today’s appliances, they also place a behavior in the wrong environment. The design of the content has to be as much targeted to the assumed job as the hardware. There will continue to be a difference between functional interaction and entertaining communication. The character of the converged medium will probably be a lot about content and (interactive) frame, about looking onto the screen and looking into the box. Different behavioral pattern will be targeted separately, and time-based, passive, active and interactive content will have to negotiate real estate.

The customer can expect a lot more choice of what, where and when to watch, interact with and access information. The speed of the new medium will allow to do many transactions a lot quicker, advertising will have to adapt to the new conditions where the time-management of content is completely in the hands of the user. Except for real-time coverage, the content will be subject of choice, customization and reconfiguration, in other words the broadcast world will be a lot more web-like.

One factor that will keep the new medium from complete fragmentation is the costs involved with filling a program with enough flesh to cover the demand. Although many pieces can be re-run there will also always have to be an ongoing feed for the new channels. Very likely broadcast won’t even change a lot due to expectations of their viewers.

On the side of the creators of that new medium, a lot of currently separate professions and media come together. This will bring clarity to the meaning and value of communication design as well as branding. Recognition and subconscious habits are important factors in keeping users with a channel. Much more so when the high bandwidth allows for more animated and rich visuals. It all takes on form before it reaches the customer, be it a show, a movie or an e-mail, there is no way to not designing it. The choice is between good (meaningful) and bad (unreflected) visual communication. Multiply this fact with broadcast times the web and you have the jobmarket of the next years. The difference of rich, narrative communications to the current state of the web will favor all content creating entities, you can check this by watching how film and animation gathering websites pop up like mushrooms… A more classical supplier stories is advertising. Not only is the marketing money a major force in classic television, the overlap of commerce and communication will also raise a lot of interest.

I expect a new way of advertising/communication design adapt to the new medium. The ability to zap/circumnavigate any kind of disturbance must lead to something new, the times of forced interruptions are definitely over!

From a designers point of view the challenge of giving form to the new medium is to combine passive and active display of content. The way one perceives a movie is fundamentally different from looking onto an interface. These two different characters of the screen will have to be solved and interwoven. One solution will certainly be animations and motion graphics.

Another challenge will be the new kind of information display, based on the different sizes, user distances and environments. Type on screen is definitely worth a lot of work here.

More than anything else the high bandwidth will allow communicating design rather than information display. This will force a lot of collaborative work with multiple different media creators, film and sound to name just a few. After all the converged medium will be what CD-ROMs could have been just in a serious proportion. My recommendation: fasten seat belts and learn Flash and After Effects!