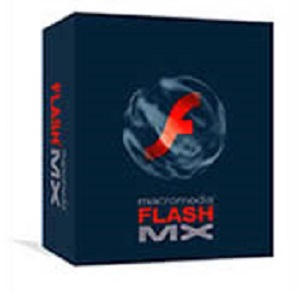 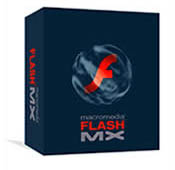 The newest version of Macromedia Flash brings with it a new naming scheme that will be shared across the full line of forthcoming Macromedia products. It’s a bit silly, especially considering that Macromedia representatives admitted to me that the “MX” doesn’t really stand for anything. But you can’t blame them for jumping on the bandwagon already occupied by Mac OS X, Windows XP, Generation X and the like.

Pure marketing, and only slightly better than all of the “2000” and “millennium” references we had to put up with a few years ago.

In spite of my chiding, Flash MX does deliver when it comes to important changes and new features. Where version 5 was a step in establishing the complex programming/interactivity aspects of the application, MX adds plenty that will make both visual designers and programmers very happy.

The most radical change here is the new interface. I have always had major gripes about Macromedia’s interfaces. To me, previous Macromedia Flash interfaces were clunky and a hassle to manage. But Macromedia Flash MX is a giant stride toward great usability and efficiency. While it will take some adjustment time, it is worth it.

Whether it was pressure from Adobe (remember the lawsuits over tabbed panels?) or something else, the old tabbed panels system is gone and replaced with something much better. Panels can still be docked or undocked and compacted, but they work more like the system used in Procreate’s Painter. As a result, the new Macromedia Flash workspace is free of the maddening clutter of older versions.

The Timeline/Project window has undergone some work as well. Like the new panels, the timeline area can be compacted to maximize the view of the work area, and embedded controls have been streamlined. Layers can now be grouped into layer folders, which vastly improve efficiency when working with large and complex projects. Even better, layer folders can be nested within other layer folders. Hopefully, Macromedia will continue to explore more possibilities with Layers beyond organizational control, guides and masking. I’d love to see layer transparency and blending mode controls like in Illustrator and Photoshop.

Two new tools grace the tool bar. The Free Transform tool works like Photoshop’s tool of the same name, but is actually much more powerful. In /files/includes//files/includes/default.css mode, the tool allows the user to quickly rotate or resize the selected object. Four options pop up in the lower part of the toolbar, allowing for more precise control. “Rotate and Skew” is self-explanatory. Using the “Scale” option, dragging on the corner points will scale the object at a fixed proportion, while dragging on midpoints will stretch or shrink the object only in that direction. The “Distort” option enables the user to drag the corner points freely, beyond the simple rectangular shape. Finally, “Envelope” is the best part of the new tool, turning the control points into Bezier handles for more in-depth distortions.

The Fill Transform tool is a bit tricky at first, especially if you’re prone (like me) to skip the user manual at first. This tool allows you to alter the fill of your selected object. Now, it won’t do anything to a solid fill color, but then what would be the point of that? Gradient fills can be distorted and rotated, and the center point can be moved. Bitmaps prove to be much more interesting. Scaling the fill down will tile the image inside the object area, and this can be rotated, shifted and skewed as well. This is great considering the poor fill control of previous versions, and will definitely foster more image creation within Macromedia Flash itself.

Thankfully, Macromedia has changed color management to be much more intuitive and flexible than in past versions. The new color mixer panel adds a new hue/saturation picker and brightness slider, along with an integrated gradient designer. As you choose your colors, a hex indicator corresponds with the value of your choice. Also, an alpha slider on this panel lets you set transparency for a solid or gradient object without having to turn it into a symbol first. Keep in mind, though, that trying to layer several transparent objects in the same layer will not work. Also, coloring or changing the alpha value of a bitmap still requires the object to be a symbol first. 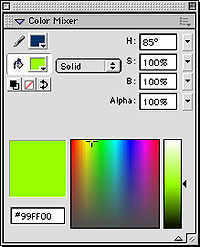 If you have ever had the problem of your images slightly shifting or not displaying correctly in your Flash movies, then you’ll be very happy about the new Snap to Pixel option. With this option selected, objects and positioning snap to the nearest pixel, so you won’t have to deal with unpredictable results of versions past.

In the past, Macromedia Flash designers had to package external content as a Flash movie to be able to import it into the main movie. This was a huge drawback to using Macromedia Flash, involving a ton of time-consuming production work for a process better handled by regular HTML files. If you had to work with a lot of image or audio files, it was simply too much trouble to deal with Macromedia Flash.

Sidestepping that hassle, Macromedia Flash MX allows for dynamic loading of JPEG files and MP3s at runtime. Macromedia Flash loads this content into your movie just as it would an external SWF. This is great news for site developers working with a lot of media content. Also, websites that offer both Flash and HTML versions can now easily share assets.

Macromedia Flash MX introduces Components, which are somewhat like version 5’s Smart Clips but more powerful. Like the Objects toolbar in Dreamweaver, Flash comes with several Components such as scrollbars and checkboxes, with ready-made behaviors set to implement in your own designs. Components are especially useful for quickly building Flash-based applications.

Altering the included Components to fit your designs is fairly simple, and creating your own Components is not much more difficult, provided you know ActionScript. More pre-built Components can be downloaded at Macromedia’s Flash Exchange.

Macromedia Flash MX adds support for embedded video, using the Sorenson Spark codec. Previously, any integration of video content in Macromedia Flash meant exporting the movie only as a QuickTime file, which limited the ways it could be used. Now you can actually embed your movies within the Macromedia Flash movie itself, using any video file supported by Windows Media Player or QuickTime. The import dialog enables advanced control, with options controlling things like image quality and frame rate.

Not only will this be very useful for web designers, but it should also increase the use of Macromedia Flash for authoring for CD ROMs, kiosks and video presentations. I plan to use it as a platform to present video mockups over the web.

The biggest surprise to me about this feature is the quality and file size of the results. A 30-second, 320×240 pixel QuickTime file without sound, imported at 80% quality with a 1:1 frame correlation, yielded a file size of only 160k when exported as a high-quality SWF. The quality of the video footage is excellent, making this feature a totally viable option for several professional uses.

Keep in mind, too, that video objects can be manipulated just like any other symbol, and multiple instances will not affect file size! Also, if you are working with larger video files, they can be streamed as a separate Flash object to keep the file size of your main movie down.

As I said before, Macromedia Flash 5 was the version that really brought heavy-duty programming and interactivity to the forefront. If you were worried about any major changes to the ActionScript language with this version, you can relax. The new features offered are here to make things easier and more consistent.

ActionScript receives a slew of improvements aimed at users of all levels. While these changes may throw off novice scripters at first, all are intended to better productivity and efficiency. My personal preference is to use Expert mode, which is fairly easy to do once you have schooled yourself in the language. Colin Moock‘s ActionScript book is the best one out there for that.

Code hinting provides pop-up hints as you add code. This is especially useful for novices who need a bit of guidance. If you know how to edit XML, then you can fully customize the fonts, color and highlighting of your syntax. The Auto Format option (in Expert mode) will clean up your scripting to make it more legible to you and whomever you might share authoring responsibilities with. The Jump Bar lets you navigate through objects in your movie with scripts attached to them.

The separate Reference panel is a quick way to get detailed information on the usage of particular pieces of script. The navigation in this panel mirrors the ActionScript panel’s left pane in Normal mode for easy searching. If you open the Reference panel with a line of script selected in the ActionScript panel, then that reference information will be displayed. Perplexingly, though, it does not dynamically jump to corresponding information when other parts of script are selected. That just doesn’t make sense, so I assume it’s a bug.

If you read Eric Vitiello’s recent tutorial SVG: The New Flash, you might have been intrigued by that technology’s ability to create visual objects through the programming language. Macromedia Flash MX adds that capability through ActionScripting.

Flash content can now be bookmarked and authored to work with browsers’ back and forward buttons using the new Anchors feature. Apparently, this does not work in Mac browsers, so it’s little consolation for those intent on addressing cross-platform compatibility.

The new Accessibility panel allows designers to add descriptive text to movies and objects, which makes the content ready for such devices as screen readers used by the disabled. Those interested in more comprehensive accessibility should look into making Flash movies keyboard-controlled through ActionScript.

As Macromedia continues to provide better options for usability and accessibility over web browsers, it’s important to note its growing presence on an increasing array of devices. Wireless handheld devices, newer cell phones and even consoles like Sony’s PlayStation now support Flash content. Macromedia has included several templates for development across many hardware delivery platforms.

No Flash in the Pan

So far, Macromedia Flash MX has been pretty stable for me. It is more memory-intensive than previous versions, suggesting 128 MB dedicated RAM. I have run into a few slowdowns/hesitations here and there, but could not trace the root cause. I found working with it to be much quicker and less confusing than previous versions, and I’m really starting to like the overall interface design.

Macromedia Flash MX is definitely a must-have upgrade for Flash developers. The interface improvements alone are well worth the price. Add to that video support and other cool new features like scriptable masking, Components, improved import from vector applications and numerous other things that I left out here, and it’s hard to argue against making the step up.