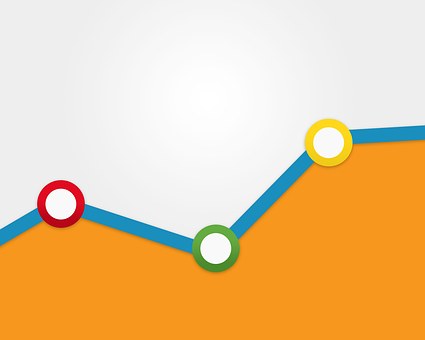 2007 brings not only frequent mis-typing of dates, but also a slew of 2007 predictions. One growth area for 2007 is interest in search analytics and publicly available competitive analytics. On the search analytics side, web pros can find a bevy of recent articles, as well as a few notable books. (In addition to their upcoming book, Lou Rosenfeld & Rich Wiggins opened their Searchloggers list to the public—I’m a newbie lurker.) On the competitive analysis side, new traffic analysis tools keep popping up, though accuracy and price are still problematic. If you can’t afford to aggregate big packages like Hitwise or Media Metrix (few can), try using all the free ones you can get your hands on:  Alexa (or Alexaholic), Compete, Quantcast, Competitio.us and Google Trends/Analytics. 2007 should debut a few more free tools, too.
[nod to Darren Dalasta]

Thanks for the mention Tiff. We created snapshot.compete.com specifically for people who can’t afford to pay for Comscore, and who don’t trust the data on Alexa or Hitwise. We have the best (biggest, most diverse, most precise, most transparent) data in the group and we’re proud that people are using it.

Hi Tiff, Since you mention a few CI tools, Trellian’s Competitive Intelligence Tool is similar to high end solutions from Hitwise and Comscore, but starting at an afforable rate that all users can afford. Cheers David

Thank you for mentioning Competitious in your post Tiff! While we do offer traffic data on competitors (using Alexa), we’ve built Competitious more as a collaborative framework to help companies discover and manage competitive knowledge. This includes building what Dan Brown calls the “competitive framework”, providing tools to collaboratively build a comparison matrix, bookmark, organize, and distribute important news about yourself and the competition, and analyze/discuss any aspect of the competition with your team. We’re still in the early stages of the product, offering free tools to any type of company, but in the future we’ll be releasing premium (but very affordable) services that feature comprehensive tools to ensure companies stay competitive in their market. Thanks again! Andrew Co-Founder, Competitious

The problem with many some of these tools is that they are very Windows-centric (see the Trellian screenshots) and many web developers use Macs these days. Go to any web conference. Count the Laptops. Compare the ratios of Macs to PCs. It’s insane. Just to disclose: I use a Mac. I found a tool the other day that’s not so much analytical as customer oriented. It’s still kind of analytical, but still…. I had seen it in use before, I just didn’t realize how cool it was: http://www.opinionlab.com/about_this_system.asp I saw it on Kelly Goto’s site and had noticed it before on sony.com. I was also pleasantly surprised to find that the company that makes it is in the Chicagoland area. Go Chicago tech!

While it would be nice to be able to have valid data for competitor analysis on the web, it isn’t really clear that such data is available.

Alexa‘s data, in particular, is notoriously unreliable. I describe the problems behind the most commonly used benchmarking sources in a two part article, Web statistics for internet market research: pick a number, any number and Understanding Alexa, comScore, Hitwise, Nielsen, Quantcast and the others .