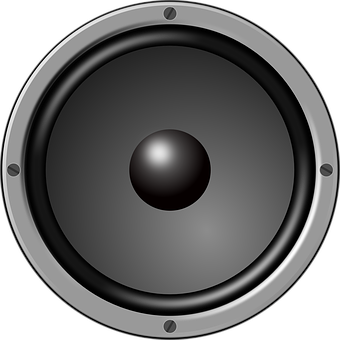 Talking Point: Matthew asks, ‘Is it time to re-introduce sound to the web?’

Digital Web’s Editor in Chief, Matthew Pennell, today asked an intriguing question on his personal blog, “Is it time to re-introduce sound to the web?” Web interfaces—and web apps in particular—now achieve a degree of interactivity previously reserved for desktop apps. But while desktop apps use lots of sound effects for passive information, the web remains largely silent (except for the .mp3s automatically blasting from MySpace page). Is there a new degree of human engagement to be gained from subtle, interaction-oriented sound effects in websites? Given bandwidth, is the time ripe? Discuss!

(I had prepared a much more indepth, thoughtful analysis, but that’s the summary.)

No. Unless for very specific cases. This being said, most of my clients request music on their websites. Don’t ask me why. I respectively tell them it’s a bad idea. However the last time, I compromised and added sound effects to certain regions.

Adds some new facets to accessibility…..

I think sound can be used effectively. I’m currently designing a children’s site and recorded my daughter reading the titles of the buttons, so when you scroll over them, you can hear them. It can get annoying if over done, but I think in some cases it adds another level that can be interesting.

It depends. I certainly do not want sound blasting out of my speakers without my permission, but some sites, such as a children’s site, may benefit from it. But, I should not have to keep my computers on mute because some website is blasting the sounds of sexual activity, music, and/or beeps, bleeps, and dialogue. Furthermore, this sounds more like a ploy by companies to annoy us further with pop-ups and advertising. Only this time, we get annoying and possibly startling sound along with it. Rejoice!

I should have just “second-ed” (yes I know this is a made up word) what Xander said.

No, NO NOOOO
Unless I explicitly click on a link that says “here is some sound”
and I steadfastly refuse to discuss this issue — any site that blasts me with sound without my permission is instantly removed (stops me listening to the music I want to!)

For the sake of furthering the discussion, I’m going to repeat a bit of what I said on Matthew’s blog comments. I think sound on websites could be used tastefully, and much along the same lines as the subtle tactile physics built into interfaces like the iPhone. For webapps with lengthy sessions (webmail, feed readers, portal start pages, news sites, twitter, etc.), I can easily see a benefit to subtle sound effects for such programs that live in permanently open tabs. Matt Beck posted a comment to Matthew’s original thread reminding me of the “bong” noise for both in-browser Google Talk built into Gmail, and I know Facebook has the same thing. Another example: a commenter named “Eric” posted about the “nix” noise in Word that offers audible feedback when an action can’t be completed. I could see that augmenting form validation on the web. In fact, the more I think about it, the more it seems to lend itself to being more universally accessible. But always, of course, with a very easy-to-trigger “mute” button.

So presumably you also immediately uninstall any desktop application that makes any noise?

My point was that — if we’re perfectly happy with desktop apps incorporating sound effects into their UI — why, as soon as sound on the web is mentioned, is there such a tidal wave of negative feelings?

I think that we, as web designers, should give the control to the user, make their visit to our site pleasant, and most users don’t want sound in their browsing experience. We should not force them to sound/noise if they don’t want to. Sound should only be used when its really necessary, when it really makes a difference in the user experience, otherwise i think that sound its a no-no.

Nothing makes me leave a site faster than having music or other sounds when I come to a site.

The user needs to be in control of the sound.