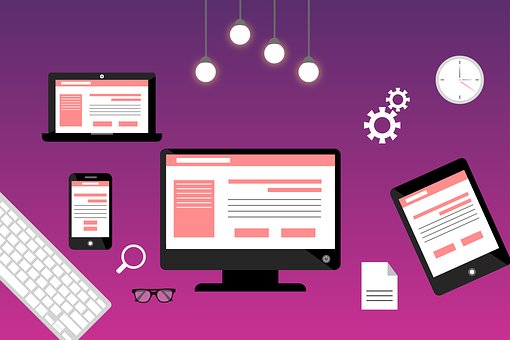 In a downward spiral from last month’s discussion of community, I lost a bet with Digisect columnist Stephen Van Doren, and agreed to do a flipside “user experience review” of one of my less favourite areas of the ‘net: Useit.com. To discuss user experience at Useit is much akin to conversing about design integrity at Geocities. In the near relentless drive for “usability”, creator Jakob Nielsen has managed to remove both aesthetic and interactive beauty from the user’s pocket. This virtual mugging shouldn’t be looked upon as a triumph for fast load, as much as it should be seen as a detriment to optic nerves, and sensory input. The wealth of information available through the deep seated plethora of hotlinks would be stunning to most who had never used their eyes for more than reading the amendments to the U.S. Constitution (sans parchment, of course), however it fails to give the user anything more complex than an index finger workout from continuously clicking for more text.

It can be stated that sites such as Useit are aimed more toward the display of information than for the user’s immersion into them. However, there is an incongruity in the claim of “usability,” and the subsequent removal of user input, as well as the disregard for the visual stimuli required.

Roughly stated, Useit.com is an affront to the entertainment and interactivity that the web medium brings to the playing field.

When design is discussed, even the simplest of text choices can become a study in typographical appropriateness. When user experience is questioned, though, nuance still stands prominent in how important a reader feels in the process and scope of the site, as well as how inviting the entire experience can be. When we juxtapose Digisect’s choice of The Asylum to review this month (thank you Stephen…revenge will be sweet, though) against Useit, we see that the embracing as content provider, as well as near r00t empowering of the user keeps those users in a position of inclusion. Bluntly, Useit seems neither equipped, nor competent in any area of user experience, beyond the ability to read.

So that the usability-inclined don’t send me mail bombs by Fed-Ex, I want to state that this review has nothing to do with Mr. Nielsen himself, nor his positions on the importance of form and function in internet media. What is being reviewed here is the form and function of this information site itself, and its impact on the experience of the end user. I’d also like to state that the opinions of this columnist do not reflect on Digital Web, nor its editorial staff, as right now they are hiding under their desks waving diplomatic flags of yellow and white.

At its most simple level, Useit is a conglomeration of flatly laid out text that fails to enthrall or involve its readers. Mr. Nielsen seems to have formatted the site to appeal to text fans, however he may disregard their interaction. The end user is confronted with a page of scrolling text split at center between a tan yellow, and a powedery aqua. Form aside (scroll down for that) the page boasts little more than tabled text and a search box in the top right.

Points are awarded for the front-page search ability, but those seem rather lonely amongst the hard coded /files/includes/default.css serif text that holds the lion’s share of space.

The appearance of user interaction is little more apparent than the wealth of text hotlinks that appear down the page. In fact noting those options brings to a close the functionality of the index itself. The viewer is offered the choices to search, click, or die.

Digging deeper into the site’s architecture (the Alertbox Column for those following), does bring some difference from the initial layout. Sadly the most notable is that the inline search box has now disappeared, becoming yet another hotlink to a search page that is no more than an input box and a search button. There is linear navigation now available in the topbar of the page, which follows the usability guidelines, but offers little more than further hotlinking to the numbed viewer.

If the user feels it necessary to finish scrolling the depth of the page, they are rewarded with a link to the base directory of the Alertbox columns, where they are greeted with one more step in interaction: a subscription form. Set up to allow the user to subscribe to mailings of Alertbox updates, one begins to wonder why this functionality wouldn’t be added to every page of Alertbox columns. This singular appearance of the subscription box seems to convey that it is rather small in importance to the designer, furthering the feeling of disconnection from the user’s involvement in the site’s growth.

That it is completely bereft of any imagery at all is almost a marvel online (though iamcal seems to look the same in image weight, yet is remarkably attractive, given that), however this fast load consideration seems a bit lost in balance when it displays how little there is for the user to attach and connect to on the page, and in fact, the site.

Ignoring bloated design aspects is fully understandable when one focuses on audience, but the level at which the viewer is removed from the meat and potatoes of the site is, once again, perplexing. The colours chosen to display the content and tabled backgrounds seem almost random in that they clash quite greatly, and seem (to this reviewer at least) to repel the eye rather than invite it. I can say with clear conscience that given the colour scheme alone there is nothing welcoming in the opening of Useit in my browser. That it is chock full of useful information seems little reparation for how repulsive the aesthetic is. Anyone who pays attention to marketing can attest to the ability of good imagery to invite and embrace the viewer, as well as the inverse of bad imagery (or lack of) leaving them cold, and disconnected.

Mr. Nielsen takes a page to explain the lack of graphics use on Useit, and shows the two main reasons for choosing to do so. When reviewed, the basis of the argument is that faster equals better, and that he is a poor visual designer and did not want to hire an artist. The fact of not wanting to hire an artist is understandable, if poor as an excuse, however the mentioning of load time seems incongruous again. Given that the site has disregarded the user’s input to this point, it’s a bit odd that the user’s comfort in their ADD is given such limelight.

Readers read, but they don’t think or have anything useful to add beyond clicks: This seems to be the underlying moral of these trends.

Ignoring almost all edges of visual design, the link colours, written text, and formatting all fall into browser /files/includes/default.csss. The user is given the absolute base ability of their machine to function, without the question of appropriate typography or inclusive design. That it is simple is without question. Is it user based, is quite another question entirely.

That his text links include Title tags should be seen as a plus, in that the viewer’s interest in more information about the links themselves is finally considered. Giving that small hat tip to the user’s spent time saves the form of Mr. Nielsen’s pages from seeming completely lifeless.

Little more can be said of the site’s form, aside from its liquid quality, which would be attractive, and user considerate in some cases, but seems to fit more as /files/includes/default.css, and user independent in this review. It’s a backburner thought to write and question why the text layout ignores the 535 px rule of width for /files/includes/print.csser friendliness…but even I’m not that retentive.

Under the strict circumstances of the audience that Mr. Nielsen is trying to appeal to, Useit.com can be seen as a success in its drive to inform and never entertain. It is undeniable that the structure of the site is specific and information based, however it is also remarkable in its failings to be facilitator of display in a dynamic medium. As near as this reviewer could tell, the site lacks any ability to input beyond standardized mail links, and the curiously lonely subscription boxes.

Useit makes no attempt to communicate with the user beyond the /files/includes/default.css text content, and delivers a message of unimportance of user outside of site statistics and click-through rates. Examining the site architecture itself, it’s simple to see that many community functions could be adopted to further the steps toward user interaction; however they are glaringly absent here. Something as run of the mill, commonplace, as a viewer forum would go great lengths to mending the gap between creator and user, empowering that selfsame user to feel involved in the site’s direction.

As the decided “con” side of the User Experience Review this month, I felt it was necessary to end the column with a more positive note, before turning it over to DigiSect to make everyone smile. There is one thing that both titillated and enthralled me at Useit.com, strangely requiring my interaction as well. Even though warned of the coming content, it was my fully thought out choice to click through to the Jakob Nielsen Gallery.

Words can’t express how I enjoyed what followed, though the grin isn’t likely to fade from its smirking countenance within the next short while.

Next month, you, me, and a whole lot of content… I’ll keep the lights on.

Peter Fielding makes the pretty things for Pixelflo.com, while he hunkers down in the frozen tundra of western Canada. Receiving his email by data dog sled, he is most often found lighting miniature garbage can fires for the homeless baby seals that power his cpu, and lobbying for the inclusion of Full Contact Page Design in the next Winter Olympics.