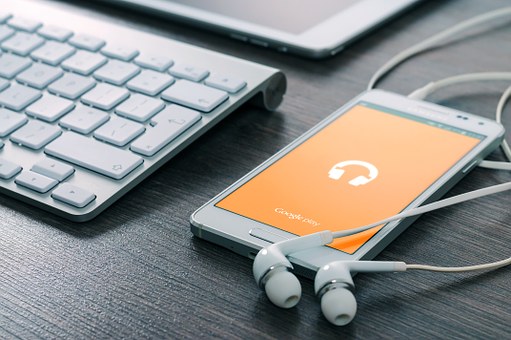 Is The Web Really Helping Us Find New Music?

Christmas is looming and no doubt we will all soon again be inundated with presents we didn’t actually want. As soon as the turkey and mince pies are finished, it will be off to join the Boxing Day queues for many of us, receipts clutched tightly in our hands. Online shopping has made this time of year much easier to bear, but anything bought online will present its own unique set of challenges. I shall most likely fail in any attempts to return music to iTunes, while getting a refund from Amazon because the ‘customer who bought this item also bought’ just seems far more trouble than it is actually worth.

But it does highlight the increasing challenges we face when choosing our digital music. Just what help is out there?

A wealth of choice

Social media is a huge growth area, and has been for a number of years, especially where music is concerned. MySpace is a phenomenally popular network, with over 50 million users. Social recommendation systems—the filtering of data to present likely items of interest—now attract a massive amount of attention, with the likes of Last.fm, iTunes, and even Amazon promising to automatically find us new music we will love.

While there is some interesting work being done with these tools, I would argue that the concept of these sites is ultimately flawed, for one key reason. I don’t want to find music that is “similar” or “related to” what I’m currently listening to. I want to find new music I didn’t know I was looking for!

We are in danger of losing sight of one of the great pleasures of new music: Finding that album you had no idea you’d like, that hidden gem, that classic on a friend’s shelf somewhere that you could never “get”, but will eventually be burned into your iPod screen for ever more.

I don’t want to find a new artist that a thousand people who are just like me may think I’d like. A thousand people like me?—I can’t think of many decisions I’d trust them with. And I certainly don’t want to listen to a new track because some robot has computed it’s my kind of thing. Playlists from the Matrix? No thank you.

So what do these services actually offer us? How do they help me find that big new band or great new album?

The current state of play

Last.fm and Pandora are two of the big hitters when it comes to Internet radio. Both sites allow you to create custom playlists based on music they think you will like. Last.fm analyses music you have previously listened to, both through its service, and on your local machine(s) or music device(s). Pandora differs slightly in that it is based on the Music Genome Project—songs are broken down into 400 different attributes and matched together.

The biggest player in the download market is Apple’s iTunes. While iTunes is essentially a way to manage your music and iPod, Apple has never hidden their desire to drive people to buy music online from them. One of the original methods for doing this was through the ‘mini store’, a sidebar within the application that recommended similar tracks available for purchase. With the latest major release of the software this quite clumsy component has been replaced with the ‘Genius’ feature. Apple is quite clearly playing catch-up here, and, while Genius works well, it’s no Einstein.

The feature essentially allows you to create a new playlist from a single song. Select a song, click the button, and you are presented with a list of similar tracks from your own library. The Genius sidebar adds music recommendations from the iTunes store, both for the same initial artist as well as generally similar songs.

The results aren’t perfect, and Apple concedes there is room for improvement. Recommendations are initially based on iTunes store data, but are continuously being improved and amplified by other users’ anonymous library information. While it was amusing at first to see Genius confused by several Beatles tracks, thankfully it has now heard of ‘Eleanor Rigby’, and is becoming a useful tool. A quick ‘Genius’ of Oasis—Stand By Me pulls up Ocean Colour Scene, Hard-Fi, and The Twang. The sidebar also suggests the new Razorlight album. All in all, not bad.

The real strength of Genius is in unlocking the contents of my ever growing music library. iTunes’ standard search tools just weren’t designed for the sheer volume of music people now own. A more intuitive search tool would be nice for my thirty thousand tracks, but for now Genius is helping me find numerous albums I’d forgotten I’d ever purchased.

With a wealth of new services it would be easy to forget one of the original social recommendation sites: Amazon. While they have only recently moved into digital purchasing, they have long been pioneers in social recommendation. Their entire product range features the ‘customer also bought’ sales pitch and the very popular product reviews.

It wouldn’t be difficult to argue that as Amazon have grown and developed, they have added features in a slightly ad-hoc way, and the site is hardly an Information Architects dream to navigate around. But it’s difficult to argue with the sheer wealth of user generated content and recommendation features. It might be a less than enthralling experience but Amazon will point you to similar music one way or another.

But aren’t we missing the point?

So what did we do before the Internet transformed how we find and buy music? What can these services add to offer us an even better experience?

The human factor—that’s what. Remember the guy who ran the local independent record store? The album he nagged you to listen to that you knew you’d hate, only for it to eventually blow your socks off? What about the music journalists whose opinions we value, even if we don’t always agree. We should always want an expert view to point us in a direction we never thought of going, to broaden our horizons in ways we never considered. What happened to oddball choices, eclectic taste, and taking a chance? Since when did we only want to listen to derivative playlists of the same old music, recommended and validated by people like us with the same old set of CDs?

Let me give you an example. My Sunday newspaper regularly reviews a selection of albums each week. Their reviews are fairly consistent, and I tend to agree with their thoughts on many of the bands I’ve heard of, though certainly not all. But they constantly surprise me with new artists. If I see a five star review with a good write up, more often than not I’ll take a chance. I’m not dismissing social recommendation, but it doesn’t come close to an expert music journalist who has endured a thousand tapes on my behalf to refine their taste.

A good example of a similar online service was a blog called 52 Bands. Its premise was simple—to introduce you to a new band each week. It was written by an aspiring music journalist, and simply offered new music that she thought was notable. I didn’t always like the artists they reviewed, but I used to check the site regularly just to see what it threw up.

Recommendation sites and services are missing this expert opinion. They are missing reviews by journalists and writers who live and breathe this kind of thing. People who have a wider interest in the subject, a relative qualification with which to speak. Editorial might not always be right, and you certainly don’t always need to agree with it, but that doesn’t diminish its value. It is more often than not informed, it isn’t hiding behind a crowd, and it doesn’t give a damn what I already listen to.

I actually think many social recommendation sites and services have great value. They have an important role to play. But let’s not fool ourselves into thinking they give us the complete picture. The social community, in its many forms, is a great resource. But let’s make sure we balance it with the expert.

And here’s hoping next Christmas will be filled with songs I’ve never heard of.

Chris Wright is an Information Architect at cScape (http://www.cscape.com), a digital design agency based in London. Chris has a passion for good interface design and is happy to hear about new music he should listen to.