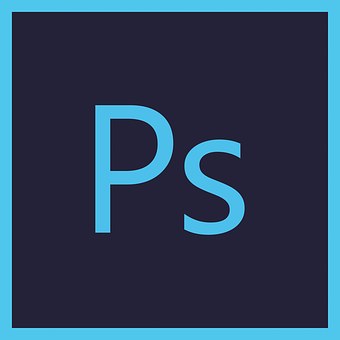 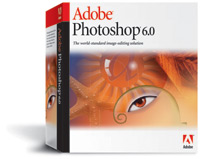 I usually point to competition as the main impetus for software companies to keep improving their products. Looking at Adobe® Photoshop® 6, however, I must admit that I’m only half-right. With failed competitors like Macromedia XRes and LivePicture long defunct, Photoshop hasn’t had to worry about being shown-up by other image editors for a while (with the only exception in the web production category). This latest installment is perhaps the biggest overall improvement to Photoshop since the introduction of layers, wth a myriad of new capabilities and enhancements sure to please designers. It takes me back to a time when full version number upgrades actually meant something.

Improvements to the Version 6.0 interface are perhaps the most valuable components of the upgrade. It’s evident that the developers were paying close attention to what designers have been hoping for, and provided several capabilities not previously thought possible. In the short time I’ve been using Photoshop 6, I have found it to be more efficient and intuitive than previous versions, with once convoluted tasks now greatly simplified. Of course, there are changes to things such as keyboard shortcuts to contend with, but that’s a small price to pay for the added benefits. Here’s a rundown of the key interface improvements: 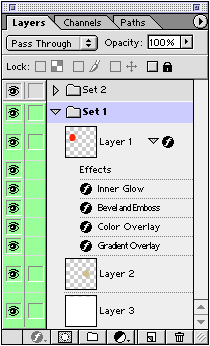 Somewhat similar to Illustrator 9’s layer system, Photoshop 6’s new layers palette is a vast improvement. Users no longer have to deal with that pesky 99 layer limit; ostensibly, you can have an unlimited number of them. Layers can be grouped into folder-like, color-codable “sets,” and modified together simply by selecting the set in the layers palette. Layer-level controls are also more comprehensive. Image pixels and transparency can be locked separately, and layers can be locked to prevent accidental editing.

Normally I would gripe about losing desktop space, but the new context-sensitive options bar (formerly a palette) is worth it. Now permanently present on the desktop, the options bar can be free-floating, or docked at the top or bottom of the screen. Users working at resolutions under 1024×768 can make use of the handy “palette well” feature to store palettes out of sight but with quick access.

The options for each tool also provide expanded controls. Every tool has its own brush palette and blending mode controls, so there’s no longer confusion when switching quickly between tools and brush sizes is necessary.

In addition to new tools, the toolbox has been rearranged in the interest of common sense. For example, the paintbucket and gradient fill tools now share a spot. In such cases, tools are clearly named on the tool flyout menus. Users will need to pay close attention, though, as some tools are now accessed through different keyboard shortcuts.

Photoshop 6.0 offers some significant new capabilities that expand the utility of the application and enhance the functionality of already standard features.

Notably, version 6.0 now supports editable vector drawing of shapes and text with resolution-independent output. While it’s an obvious benefit to have these drawing tools within Photoshop for creative purposes, it’s a major timesaver for print output. Outputting a piece directly from Photoshop used to mean blurry text and vector shapes. The only way around this before version 6.0 was to import the image into another program like Illustrator or Quark Xpress. While this new capability is not meant to do away with the need for professional layout programs, it will certainly allow for one-stop design for projects such as posters and book covers.

Using one of the new vector tools creates an editable shape layer–basically a vector mask of a filled color layer. These layers remain editable through normal transform commands, as well as with Illustrator-like bezier/point tools. There are limited pathfinder capabilities such as intersect and exclude. While these are impressive, users shouldn’t plan on throwing away Illustrator for complex vector needs.

Shapes can also be saved in the new custom shape library for reuse and sharing. And because shapes are scriptable, they can be automated as actions for the actions palette. This is extremely efficient for complex Photoshop operations that involve the use of shapes.

Perhaps the biggest complaint among designers about previous versions of Photoshop was its poor handling of text. I absolutely hated the clunky dialog box and the imprecise results, especially when applying type as a selection. Photoshop 6.0 has finally come to the rescue with its new vector-based text. No more dialog box! Now users can just select the type tool and click to insert text directly on the canvas. And because it’s vector-based, designers can manipulate it without losing the ability to edit the text. The new “warp text” option makes great use of this feature, offering precise controls for the creation of some wild text effects. To thwart the problem of imprecise results, version 6.0 adds character and paragraph formatting controls that are on-par with professional layout programs.

Combining the old layer effects and layer blending options dialogs into one, the new layer styles interface provides an intuitive and efficient way to control and experiment with images. Accessed by double-clicking on a layer in the layers palette, this dialog box enables the user to select and configure several styles at once while dynamically previewing the results in an open document. It’s an incredibly efficient way to apply needed effects quickly and experiment with unique style combinations.

Once applied, effects appear in the layers palette under the affected layer, from which they can be clicked on to access controls, hidden, or dragged to the trash for removal. This is somewhat similar to the attributes palette in Illustrator 9, and to the way effects and attributes are displayed and accessed in After Effects.

There is a “styles” palette full of stock styles that Adobe has provided. Designers can also save the styles they create for reuse in the future. This is very helpful when applying the same style across many documents, and does away with the need to use actions if only styles are being applied.

While some of the styles (drop shadow, bevel) are a bit cheesy, and will inevitably result in aesthetically-disastrous designs reminiscent of the web circa 1996, layer styles overall are surprisingly useful.

Photoshop 6.0, combined with the bundled ImageReady 3.0, offers a nice advance in web capabilities. The standout among new web features is the ability to slice and output images and html directly from Photoshop. This is fantastic for simple image outputting tasks that don’t require rollovers or animations. Setting different compression schemes for each slice is done in the “save for web” dialog and the new “output options” dialog lets the user specify settings for the html file generated with the slices.

Slice options have progressed substantially toward more efficient production. Photoshop and ImageReady can both generate a slice based on a layer’s content, dynamically resizing if the layer is modified. In ImageReady, multiple slices can now be saved and named as sets for quicker selection — a great tool for making compression changes to several slices at once.

ImageReady 3.0’s new rollover styles feature is another great timesaver. Once created, rollover styles can be saved to the styles palette and used again. Rather than having to do them one at a time, creating simple rollovers is now a basic drag and drop operation.

The new weighted optimization feature enables users to utilize varying compression in a single image. Alpha channels can be used to specify which areas of an image are higher-quality, without the restriction of having to slice or conform optimization to rectangular areas. Web surfers still sputtering along at 56k will be grateful.

With version 6.0, Adobe has addressed some of the integration quirks between Photoshop and ImageReady. Gone are the very annoying “save changes” and “update” dialog boxes, with saving and updating between the two programs now done in the background. Users will need to keep that in mind to avoid modifying the original document when switching applications. Switching also seems to be a bit quicker, as are overall operations in ImageReady. It can still be a bit sluggish in preview mode, but not oppressively so.

A few other improvements to ImageReady are worth noting. Enhanced image map creation allows users to assign rollover behaviors to hotspots, which is good for code novices. Animation and rollovers pick up some new tricks, including the ability to animate text warps and layer effects. Additionally, ImageReady incorporates the contextual tool options bar into its interface similar to Photoshop.

Often when writing software reviews, I find myself straining to stretch words about a few meager improvements into an article of acceptable length. However, with Photoshop 6.0 I find myself wrapping up a long review with many things left unmentioned. Adobe has really outdone itself with this upgrade, offering a wealth of enhancements that truly make the application more efficient and powerful. Photoshop 6.0 is a very thoughtful and thorough upgrade, to the point that I can’t think of any feature Adobe neglected to address. I look forward to the new features and enhancements in future versions. In the meantime, I will be quite happy with version 6.0.