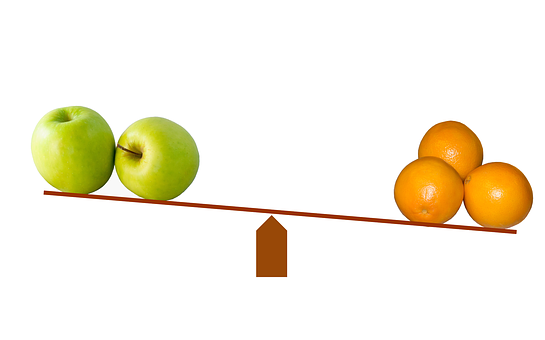 Usability and design are two fields that collide more often than not. But why is that? Why can’t we all just get along and center our efforts around delivering a better product, a top-notch Web site or a user-friendly interface. Everybody would benefit from an open-minded, reciprocal understanding. Right?

User Research Is Not Design

User research—such as usability testing—is, without a doubt, imperative, but it certainly isn’t design. It identifies problems, but doesn’t, except maybe at the most detailed level, suggest adequate solutions. Designers have to visualize and refine broad and detailed solutions, while user researchers supposedly extract facts from identified situations. The two fields quarrel when, rather than representing or reporting facts, user researchers put forward solutions. Is that so? Obviously the currently-strained relations suggest that something is wide of the mark, and whenever two entities collide, both are probably equally wrong.

The problem seems, on the surface, rooted in the nature of human communication, myopic attitude and unwillingness to comprehend. Designers, more often than not, tend to disregard helpful usability reporting. User researchers, on the other hand, determinedly underestimate the importance and facilitating role of design. These are two groups that will bark, but not listen. Reducing the issue solely to a lack of effective communication, however, is an oversimplification. Designers have to deal with an assortment of constraints, such as what the technology will allow or the time frame in which they receive information. Similarly, user researchers may be aware of the role of design, but in effect fail to understand the constraints designers have to work with. Therefore the problem seems to be of a structural nature, rather than rooted exclusively in stubbornness or disrespect.

“Should usability folks stick to reporting facts?” Tricky question—while it might solve a number of nuisances it will not solve the underlying problem. Besides, the usability field as a whole will overwhelmingly disagree and refute this premise instantly (and I’ll get another bunch of nasty emails). User researchers, as they evaluate results from actual usage, are in a good position to articulate what a given problem is and, consequently, formulate potential solutions. Having researchers recommend solutions can be helpful if the suggestions are expressed without an inflexible and biased undertone—and leave sufficient room for designers to effectively address the issue with their expertise, rather than having designers being told “what to do and how to do it.”

If user researchers insist on providing designers with solutions, rather than reports based on findings, they have to be willing to understand design, its implications and, most importantly, its constraints—and that’s where it gets tricky, in my opinion. The usability expert must, essentially, become a designer, or at the very least understand the role of design in general. Not only will they have to identify with design, but they should also put user research in perspective, and not think of it as the holy grail of interaction design. User research is an important facet of interaction design, but should not be relied upon exclusively.

Usability testing feels safe, complete and even academic for the reason that it’s based on data, can be analyzed thoroughly and is methodical. Design is not. It cannot be decreed, nor does it exist in the sphere of data, statistics or research. It is a matter of art and talent which demands respect and understanding. Design is primarily about solving problems by finding adequate solutions—usability testing will not provide these solutions by itself; on its own, it is merely a tool for assessing short-term concerns. Nonetheless, research can inform design—whether designers do the research themselves or rely upon a researcher. To provide a solution that addresses the problem, investigation or research is necessary. But bad design will always remain bad design and extensive usability testing will not address that issue.

Design Is Not Optional

Design is not about mere embellishment, it’s not in the same league as coloring pictures for kids. “Artsy-fartsy” Web sites (as many like to call them) exist as works of art, or applied art, but are not elements of interaction per se (i.e. Web sites versus Web applications.) Both can co-exist happily and serve their purposes, but the former should not be mistaken for the latter. More importantly, design can’t be reduced to a few guidelines or methods that can be applied as needs be—it is not an automated or standardized process. Each project is going to have different constraints, requirements and objectives which must be handled accordingly.

What I feel is a significant inadequacy, however, is that there is sometimes an absence of, or limited attention to, design in the early stages of the process. Let me say this loud and clear: design is not optional. Design is not simply retro-fitting elements of style and aesthetics. More often than not design seems to be closer to reverse engineering than actually being an integral part of the process. Failing to acknowledge design in early stages is not taking your product, customers or business seriously.

The result is too often frustration and failure. I can’t help but conclude that designers are not given the voice or influence to express their concerns and apply their expertise effectively. As long as designers are not granted equal importance in multidisciplinary teams, I’m afraid this predicament will continue. Due to this misconception, user researchers might eventually be given more credibility in formulating solutions, while ideally designers should address concerns in that area. In my opinion the field of user research, and with it, usability testing, has currently expanded its influence beyond its expertise.

That said, designers should not disregard usability testing— addressing user needs ispart of the job. Some argue over how significant this part is, or should be. I stand by the argument that addressing only user needs, exclusively, is asking for trouble. Note that I explicitly refer to user needs, as opposed to wants, which are really just opinions. Fine for chit-chat while sipping a glass of Montrachet 1978 from Domaine de la Romanée Conti, but not mandatory in a professional environment.

Towards A Better Understanding

Designers and user researchers need to communicate effectively, with mutual appreciation, in order to achieve an optimal outcome. In my opinion, as expressed earlier, user researchers need to have an understanding of fundamental design principles such as typography, emphasis, style, layout, composition, color, perspective, space, placement and size. As a designer, I would be more willing to listen carefully if I knew user researchers valued and understood my point of view, as well as understanding the constraints I face with regard to technology, business, and integrity of design. I sincerely hope that a majority of designers, including myself, will get the opportunity—after a usability study—to sit down with researchers and cooperatively work toward the best solution.

So, why bring the seemingly interminable usability-versus-design debate up—again? It’s not like we haven’t beaten it like a dead horse. We have. But I feel that designers are either giving up on this mêlée by simply ignoring proven usability practices or else by giving in to user researchers’ every whim. Designers need to question the outcome of usability testing. Designers need to stop apologizing for the things they do, and the things they know will improve the experience of technology. The design community should push the boundaries and bring the standard of quality to a higher level. Design is the power to innovate. I think it’s about time the usability field as a whole both recognize and understand this implication, only then can we communicate effectively, with mutual respect and understanding.

Many thanks to Donna Driscoll for her valuable feedback.