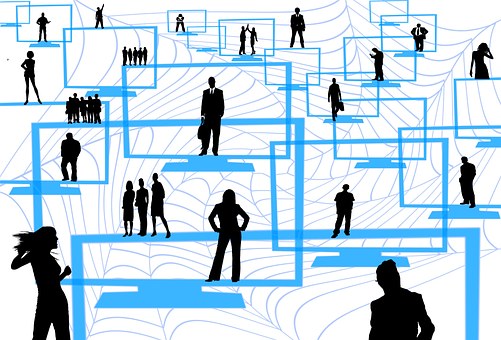 Better Than a Human

I attended Ad:Tech Chicago in July to explore usability from a marketer’s point of view. What, I wondered, does the ad-sales side of the industry think of user experience and how functionality can turn into dollars?

The answer, to my pleasant surprise, is plenty.

Some of my interactions on the exhibition floor included:

My most interesting takeaways came from the airline industry. Given its customer focus and multiple angles, it’s a microcosm for all industries. Given the airlines’ growing reliance on online transactions, what we see in these companies may spread to many more firms over the next year or two.

Pete Peterson, president of travel distribution for United.com, gave the Monday-morning keynote. After supplying the usual complement of statistics about online travel bookings and United Airlines’ online growth, he made a crucial statement: “United.com’s goal is to service the customer better than a human interaction.”

The rest of the presentation showcased how a forward thinking company, even one with deep roots in offline commerce, can improve its Internet-based products with a focus on usability. United.com shoots for “simplicity and options” with instant results—for example, revising itineraries after booking—that please its customers. The early–check-in option (more on this later) saves customers time and aggravation at the airport. And the company is exploring options for continued monetization in ways that aim to help, rather than burden, its customers. For example, United is exploring iMode-like PDA implementations to help travelers rent cars when they arrive at their destinations.

Peterson went on to throw around terms such as “user-centered design” and “expert heuristic review,” wonderful things to hear in a room full of marketing and sales executives. The tenets of the user experience community are finally taking firm root in sales and marketing channels, and at smarter firms, championing usability has become a company-wide goal.

SideStep is one of those smarter firms. It has already shown itself to be a fast learner; its re-engineering of the SideStep application for better privacy led to a positive reclassification from spyware to general-use app by Spybot and other software monitors.

It was fun to discover SideStep. This is an application most users have only dreamed about, come to life. Its cross-site travel-deal comparison tool (think Shopping.com), cleverly placed within the Internet Explorer sidebar, ably pinpoints cheap flights (I used it successfully for my travel to Ad:Tech).

But what I like most about SideStep is its commitment to data mining and continually revising their product. Users want access to the discount, not-on-Orbitz carriers? Done. Advertising should be at the bottom of the pane, accessible but not in the way? Done. Defaults should include nearby airports? Done. Tweaking on the go is a hallmark of dot-com startups, and SideStep does it nimbly.

One thing SideStep lacks is standardization; the applet doesn’t work in Mozilla. When I asked Phil Carpenter, SideStep’s vice president of corporate marketing, about this omission, he took the pragmatic route: Too few Mozilla users means the company can’t dedicate its resources to cross-browser functionality. SideStep is working on an in-browser version that omits the sidebar applet. Still, using standard code and providing a single experience across browsers would help the program’s long-term acceptance and interoperability—right now, if I want to use it to look up a fare, I have to get off my Mac and fire up my Windows machine, then avoid Firefox. Few applications would get me to do that.

User experience concerns followed me to the airport. I flew ATA, a competent and welcoming discount carrier. ATA has online check-in, but no way to revise an itinerary once a ticket is booked, and no way to see if other flights have seats available. Emailing ATA for assistance generated a form letter that promised a reply “within a week”—not much help since I was traveling the next day. I managed to change my plans and take the flight I wanted, but only with the help of a gate agent at Chicago Midway Airport—even though the plane was only two-thirds full. Two days after I arrived home I received an email from ATA telling me a representative at the airport could help me change my plans. Super.

Obviously, ATA is a smaller and leaner organization than United, and its resources are not deployed in the same manner. But why wouldn’t ATA aim to use technology to “service the customer better than a human interaction,” too? Both consumer and company would benefit in the end. Success stories like United.com and SideStep are proving that every day. And happily, the non-geeks in the industry are pulling in the same direction.

David Wertheimer is the owner of User Savvy, an Internet usability and strategy consultancy. He lives and works in New York City.