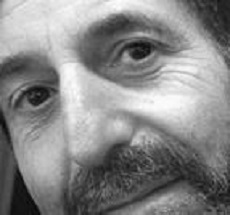 Geoffrey Hiller: I was 17. I studied for a year at Santa Monica College and took classes at the School of Visual Art in New York and the San Francisco Art Institute but my real education came about through traveling and doing photographic assignments for magazines and extended projects. That was back in the early seventies.

Digital Web: What was your first camera?

GH: A Kowa Single lens reflex. It cost $69.95 and came with a fixed 50mm lens. Working with just the “normal” lens is a great way to learn photography. It teaches you to see like the camera.

Digital Web: How does your photography work translate over to the Web?

GH: It’s a trade off. I like the luminosity of well-tweaked images on a decent monitor. It reminds me of a transparency projected on a wall. It’s also true that you miss many of the nuances and subtleties of a finely crafted print.

Of course images on the Web reach millions, while prints in a gallery reach hundreds.

Digital Web: Your trip to Burma in February 2000 was not your first. What drew you to return rather than go to a new place?

GH: I was there in 1987 when tourist visas were only issued for seven days. The Burmese government didn’t want the locals exposed to foreigners. Since 1989, the Military government has been hungry for foreign currency and tourists can now stay for one month. In 1987, there were very few cars and hardly any contact with the outside world. Getting a visa was such a hassle and it kept a lot of people away. Even though Burma borders on Thailand, and is only one hour away by plane, Burma is much less developed and westernized.

Digital Web: You have a special site for the Burma trip. What was it like to put your everyday life on hold for three weeks and spend that kind of time traveling?

GH: You can’t imagine more of a contrast. It was the height of the dot.com era and I was working as a web designer for Xerox. I was involved in a wonderful project at the time but I needed a break from staring into a monitor, so I returned to the place that haunted me ever since I was there 13 years ago.

Digital Web: What did you hope to accomplish with your incredible Burma site?

GH: Like all of my work, it’s about communicating what I experience and see. With Burma, in particular, I wanted to show what is happening there culturally and politically. The Burmese have one of the richest cultures in the world and yet one of the worst governments imaginable. If you are caught with a modem you can be sentenced to 15 years in jail.

Digital Web: Do you plan a similar Web documentary for your upcoming trip to Brazil? Since you spent several years in Brazil working at Brazilian National Geographic as a photographer, what do you look forward to seeing in Brazil?

GH: The Brazilians are physically beautiful as a result of the racial mix. They are joyful people. On the other hand, the harsh reality is that the minimum wage is $80 a month. What amazes me is how open they are to being photographed, as compared to Americans.

It was in Brazil that I learned to work in color. When I first arrived in 1975, I had mainly shot in black and white. At Revista Geografica, I was obliged to do stories in color, using a whole new color palette, as well as a very different quality of light.

In Salvador, Bahia and Rio de Janiero I’ll be photographing the influence of African culture in present day Brazil. At this time there are no definite plans to make an online documentary but stay tuned to www.hillerphoto.com for details.

Digital Web: Where else have you traveled? What place had the most profound affect on you and why?

GH: I’ve been to almost all of the countries in Asia, Latin America and Europe. I’ve returned to Asia several times.

That’s a difficult question to answer. It’s like saying which of your children you favor. Each place influenced me in different ways at different times in my life. If I may give an analogy… Americans are the children. Brazilians, the teenagers. Europeans, the middle aged parents. Asian, the wise grandparents.

Digital Web: How do you capture the people in a natural pose without them being distracted by the camera? What type of camera do you use to take most of your pictures?

GH: It’s important to spend time with people to gain their trust. In Burma, I had to move so quickly that this didn’t always happen. Time and photography relate to the culture. The countries I visit haven’t been as inundated with cameras and the media. There isn’t as much distrust of someone with a camera as there is in the States. On the other hand, it would be naive to think their lives are as innocent as some of the photos appear. The subjects are in survival mode and that’s what really moves me. They have nothing, but they will give you their trust, if only for the split second it takes to make the photograph. In the end it’s a gift to the photographer that no amount of money can buy.

I use a variety of cameras, depending on the situation. I use a 35 mm for shooting quickly in a fly-on-the-wall manner. A medium-format camera, on the other hand, is ideal for posed portraits.

Digital Web: What tips do you have for people who don’t have an eye for photography?

GH: Think about what you want to say before you pick up the camera. Making good photographs is about knowing when NOT to take photographs. It’s being in the right state of mind. Both Minor White and Cartier Bresson talked about the act of photographing as a kind of Zen state of being.

Digital Web: How do you manage to take an everyday object and turn it into a beautiful photograph?

GH: Like everything, it’s a process. I believe that the place dictates the approach. It helps if you have a strong feeling about what you are photographing. My work from Asia has a very different aesthetic from the photos I make in New York City.

Digital Web: What advice do you have for those who’d have the opportunity to travel to a foreign country for at least two weeks?

GH: Not everyone needs to take photos. When I travel, it’s work – don’t get me wrong I love it – but I get up well before the sun rises. The best images often occur as people are beginning their day. Then you can take a nap during mid-day when it’s usually unbearably hot and the light is useless. Pity the poor person that has to travel with an obsessed photographer.

Digital Web: What do you think the Web will do for photography?

GH: As a communication medium it’s unequaled. It has freed photography from the commercial and costly constraint of print publishing. I have the utmost respect for some magazines, but the market is dismal in terms of documentary work. There is very little space given to serious imagery. Publishers need to think about advertising dollars and often the lowest common denominator. Burma and hundreds of other interesting subjects are ignored for the sake of what sells.

The web has changed all that and there is no going back. It has given photographers great opportunities, but along with that comes a tremendous responsibility. A responsibility to get the story right and use the medium to best tell a story.

Digital Web: How is Web photography different from print? Should we do anything differently?

GH: We have no choice but to do things differently. Photographers now need to think about how their work will be contexualized. Will they include words and audio with their images? Will they invest in learning how to do it all themselves or work with a team of specialists?

Copyright Issues:
There are issues regarding copyright that kept many professional photographers off-line in the mid-’90s, but I think that isn’t as much of a concern anymore. Most of us accept the risks that go with the territory. That is not to say that one shouldn’t be aware of what is involved.

Digital Web: Whose works do you admire and why?

GH: The legends: W. Eugene Smith, Bruce Davidson and Mary Ellen Mark. They have persevered and created a huge body of work. That’s part of what being a great photographer is all about. Their images remain etched in your mind. They are unforgettable.

Digital Web: Since you have taken many pictures and seen many cultures, what inspires you?

GH: Beauty and humility. I’m inspired by other people. Often Americans think they know it all but in fact there are cultures in other parts of the world that we can learn from.

Digital Web: What was the most memorable photo you’ve ever taken and why?

GH: A photograph of a very wise Native American elder named Strong Horse. I met him the first day into a three-year project about the Homeless in San Francisco. He allowed me into his life and trusted me one hundred percent. I could photograph him anytime in any situation. He didn’t see me as someone just “taking photos” but as a chronicler of a particular place and time that needed to be remembered. We were both very cognizant of our relationship and it was precious.