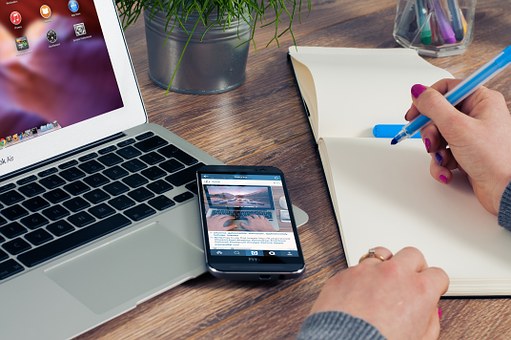 Resurrect Your Writing, Redeem Your Soul

You’ve given in to the corrupting influence of business babble. It’s not your fault, though—you’re not really a writer. You’re the designer, the team lead, the valid-HTML jockey, the smartie who gets things done. But inevitably, working on the Web means writing on the Web.

So you follow all the rules. You “chunk” your text, style your headers, optimize for search terms. You’re happy with your snappy prose, warmed with passion, commitment and experience. Your message is clear, your offering awesome.

You know your primary audience’s demographics so well you know what they got their parents for Christmas. So why isn’t that Web copy as functional and gorgeous as the site you just built?

Bad writing that has been “Webified” can look great on screen and to search engines, but to human beings, it’s still just bad writing. Applying the new rules of Web writing to muddled thoughts is a bit like hiding dirty hands in clean gloves.

This is not a field guide for the word wars. You won’t find clear steps for beating text into cheerless submission. It’s permission for you, a creative person, to do more with what you already know about your audience and the English language. It’s encouragement to be kinder to readers and do a better job describing the notion that inspires you, the products you (or your clients) sell. Even if your next project is chaotic and writerless, you’ll be persuading without guilt and working subtle wonders with words.

Original Sin: The Language of Corporations

Corporate language—the monotonous native tongue of business—is manipulative and carefully constructed around psychological insights. It takes many forms, but always defies normal understanding in order to control. Politicians, managers, and the media toss it out like a net to drag in the public like helpless fish.

But we’ve managed to wrest influence from traditional media—bloggers now break and spin news stories. Web marketers develop and test the money-making capacity of client content strategies. Freelancers study their stats and tweak text to keep prospects from abandoning them. We’ve discovered new ways to shape experiences for users’ good and ours. And as power has trickled down, so has narrow, insincere language.

We Web people know there’s a better way, but we fear exclusion if we abandon the cult of pressed and filtered pseudo-communication.

You know you’re on the Information Superhighway to Hell if crap like enhance, leverage, implement, context, driver, focus, core, actionable, outcome and stakeholder crops up in your copy.

What Would Jakob Do?

Sometimes we play follow the leader with losers. But brute force and wild enthusiasm, not literary trickery, got us here. So why do we limit ourselves to sanitary style and tired technique? It just doesn’t do anything for ordinary people.

It’s tempting to mimic bigger (or smaller), hipper companies. After all, they have the budget and brains to do their homework. Unfortunately, it’s more likely that the companies you follow are playing their own games of language tag, and are just as confused as you are in this nasty mess of bland but brief Web copy.

If you work on a Web team in a large company, you don’t dare break the law against the human voice by giving in to the conversational urge. Unfortunately, many Web editors demand clarity and brevity, nobly warning peers of content glut, but ignore the evocative possibilities of language.

You know you’re chasing the chaste if you inflicting death by bulleted lists; use vague adjectives like flexible, powerful and simple; or make unsupported declarations like world-class, efficient and innovative.

There are good intentions behind bad language choices:

Buzzwords are one fun way to obscure meaning. Jennifer Rice, in her defense of buzzwords, contends that:

“Buzzwords exist for a reason. They are phrases that communicate meaning. Buzzwords are short-hand for an idea.”

Right on with that last part, Jennifer. And just like shorthand notes, buzzwords are part of a symbolic language. Unfortunately, this means that they do not carry any inherent meaning or communicate concepts reliably to people who don’t understand that language. Shorthand is eventually transcribed to longhand, and buzzwords lose their sting. The utility of compact expression is short-lived.

Like buzzwords, the language of corporations diminishes complex concepts (or inflates simple ones) and creates a private time-limited language. It crops up somewhere between the dubious intentions of 1337-speak (eluding comprehension) and the practicality of txting (speed). Meaning is lost on anyone not in on the idea from the start trying to decipher nonsense like “operational stovepipe.” Sorry, is that a functional chimney or a broken data system?

Big biz wraps the most basic concepts in parameters and paradigms, and suffocates brilliant (but simple) ideas in flashy show-off campaigns. They re-brand and repackage old or weak products to revitalize sales.

The Seattle Fox news station hides the fact that they’ve got nothing special to report by assaulting viewers with the TV equivalent of an unskippable music-enhanced Flash intro before every branded segment. The “Fox Follow” is particularly agitating. I know from my days at an NBC affiliate that a “follow” is a follow-up to a previously aired—usually local—story. But most folks probably don’t know why Q13 uses “follow” as a noun. My brain grinds and pops trying to make sense of it.

Fortunately, newsroom jargon is generally reserved for the rundown or a producer’s four o’clock rage (“Where the hell is JT’s school follow?! It’s going to float and demote to VO if he doesn’t get the pack in, stat!”).

“Fox Follow” is as dead wrong on the air as buzzwords and internal corporate lingo are in sales and marketing Web copy.

When it’s time to broadcast, buzzwords and internal slang should be transcribed into plain English or tossed completely in favor of descriptive writing. Dressing up simple ideas stifles them; rewrapping non-ideas confuses your audience and eventually kills their trust in you.

It’s 2005. Human networks, especially those connected through reading and writing on the Web, damn or bless business and trends, places and products, technologies and reporting. Involving people in your business, your social life, and your projects is a simple matter of call and response—a fun exchange of social currency. Economy of language isn’t a good thing if you’re trying to connect with real people.

But our gurus say people don’t read on the Web because they’re jolt-addicted, impatient, and impulsive. And when they do read, they certainly shouldn’t have to think! They scan and skim, so long or too-lively text can’t possibly communicate meaning quickly enough.

Are people still in a mad rush for that one salient bit of info? (Were they ever?) Or do they more quickly recognize ill-intentioned writing, engorged with confused cliches and lacy lingo? Even if they’re not under time constraints, they’re left with no choice but to filter out useless information or surf on. We’re catering to a “need” to escape Web pages that our poor, humorless writing instilled in our audience in the first place. Caving in to conventions won’t help you rise above the drone of dull.

Some need or notion inspires what you’re doing on the Web. Give people some credit—doling out an information fix doesn’t have to preclude thoughtful writing.

The Audience is God

Audio engineers mix and master sound in an ideal environment—in a soundproof room, straight from the board with high-end headphones. Artistic decisions are usually made by producers, like the Bomb Squad’s Hank Shocklee. Shocklee made Public Enemy’s dense “found” sound work by listening to the music the way the fans did—from another room, a car stereo, or a boombox.

I think the average listener listens to records all types of different ways. So, when you’re mixing a lot of sounds together, you don’t know what’s going to be dominant. But if you listen to the room, when the whole room resonates together with your song, that’s when we have something that’s hot, because now it’s vibrating.

Editors, like audio engineers, ensure the technical integrity of others’ creative work. But red-penning is the easy part. Producers—designers, project leads, people like you—direct the resonance of the creative piece. They step out of the studio and into the hallway to understand how listeners perceive the whole thing. Will it stir something in Brian A. Canfield? Invigorate Ryan Singer? Bring Molly peace? Does the room vibrate?

Web copy is rhetorical—that is, it is meant to affect individual human beings. You’re muttering to yourself, “I know, I know,” but it bears repeating: Know what those people hope for. Do they crave candor, authenticity? Verbose, dressed-up tangents? Stash that Web writing rules checklist and make your adjustments from the hallway.

Your readers might have arbitrary expectations and unreasonable hopes, but you must make an effort to meet them if you want to get into their hearts and heads. That’s why the “rules” don’t always apply.

Since the ‘90s, video game marketers have been fiercely trying to outdo competitors’ back-of-the-box technical feature lists. Check this out:

Game “features” have little to do with players’ actual enjoyment. Even if “DOT3 bump mapping” does translate to most gamers as “awesomely realistic,” that’s definitely not why they’re buying the game.

You don’t need to win over your internal development team, and provoking your competitors can tap your team’s time and budget and leave the most important people—those waiting for upgrades, bug fixes, and the next big thing from you—hanging.

Words create strong brands out of nothing and help companies sell high-margin, loyalty-building “values.” Somewhere between these intangible selling points and your actual features is a great story. Avoid just defining who you are and what you’ve got; instead, describe people and their real problems. Demonstrate your understanding, don’t just proclaim it.

Use Conversation as a Gauge

You chat with your friends about a pet software project—say, a book-cataloging app. You aren’t engaging consumers in an asset-focused meta-coherent tactical solution, right? Get heard. Use the same candor and shock the working masses expecting nothing but cruddy corporate-speak. Talk to them like real people. They will hear you and no one else.

Above All, Do Not Falter

You know your audience. Learn its language.

Corporate colossi aren’t going to come stomping after you for showing enthusiasm for your subject. You won’t lose your gig for sidestepping fuzzy for fun. But a communications director or an eager client might insist that delivery of differentiation services provide value-add to clients and underpin critical growth be reinserted. Don’t slip into old habits—this is redemption, after all, and there’s a price to pay to get that damaged soul back. But when the copy saints go marching in, you will indeed be in that number.

Jennie Robinson is Digital Web Magazine’s copy chief. She’s critical of inertia and awfully temperamental, but also prone to error and open to criticism. By day she revives dispassionate discourse at Business Objects.