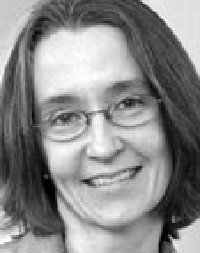 Sarah Horton is an instructional technology specialist working in the Department of Academic Computing at Dartmouth College in New Hampshire. Digital Web Magazine talked to Sarah about her new book Access by Design: A Guide to Universal Usability for Designers, which was published in July.

Digital Web Magazine: Could you just give a bit of background about yourself, where you’re coming from and why you’ve written this book?

Sarah Horton: I kind of stumbled into the field of Web design, as most of us probably did. My background is actually in music, and I was planning to be a French horn player. Of course, I always needed to eat so I got jobs in various locations and ultimately ended up working at Yale University in New Haven, Connecticut. I was looking at user interfaces at that point.

From there I got this job up here at Dartmouth and became more and more involved in working with the Web, and Pat and I wrote The Web Style Guide which has been around for quite a while now. We’re now in the second edition of it and gosh, I guess a lot of things happened on the way that helped me end up where I am right now.

I was asked to give a presentation on Web accessibility at a conference many years ago and I knew nothing whatsoever about Web accessibility, so I agreed to give the talk so that I’d figure out what it was all about. In doing so, I realized a whole lot about what the Web is all about. I’ve just gone through this evolution that’s gotten me to a point where I “get” the Web and I think I know what I’m supposed to do as a Web designer. I think a lot of people are still struggling with that.

So I wrote Access by Design, which really incorporates all that I’ve learned along the way into a methodology for building Web sites that are usable by as many people as possible using as many different devices as possible.

DW: In the introduction, you talk about how Web designers make decisions, how they weigh the pros and cons, and you use the words “access by design,” “universal usability” and “flexibility.” What do you mean by those terms?

SH: I think of “access by design” as sort of a philosophical approach to Web design, so it’s just deciding that the primary goal for your design decision-making is going to be to provide access. And the universal usability part is a kind of practical application of that methodology and philosophy that the decisions you make are always going to be the ones that most favor universal usability of your Web sites. Let’s just say for instance (as it’s a lot easier to explain with actual examples) you’re sitting there, you’re in the process of designing a Web site, you have to make a decision about what font to use, or whether to use images for your navigation–if you adopt an “access by design” approach to making those decisions you’re going to make a choice that’s going to favor the universal usability of your site. In that case it would be “Oh, OK, I won’t use images, I’ll use text for a link.”

DW: In one of the chapters you discuss how there’s a kind of battle between the designer and the user. How does that balance work out? How can designers produce cool yet accessible sites?

SH: You’re supposed to only ask me easy questions! Well, I would say it doesn’t much matter what the designer wants to do. That’s not the role of the designer. The designer’s role is to make decisions that benefit whoever is going to be using whatever it is they are designing. So if you’re designing a doorknob or a Web site it really has nothing to do with the designer.

So that, I think, is where people need to start. And then the next step is really determining what the goal of the site is. It’s all the user-centered design stuff. You’re trying to figure out what your users want from the site. There may be instances where your users want something cool from the site and the primary goal and preference of the Web site is to be cool, and in that case I would say that you have a choice to make that would probably involve doing cool things that might in the end make certain people unable to use your site. But if that’s the purpose of the site then, you know, that’s going to override all else. I personally think that whenever I build a Web site, my primary goal for building a Web site is so that people can use it, and that’s what I want, and all of the other stuff gets layered on top that. But if the point of building a Web site is to build something that people can use, then that can really impact all of your decisions down the road.

DW: Say I’ve got a site that isn’t accessible. It’s going to cost me money I don’t have to make it universally accessible. What’s the business case for adjusting my budget? Why should I do this?

SH: Well, because it makes good sense, it’s just good design, it’s good coding, and ultimately it’s going to save money because, again, a lot of it is just a matter of using the medium appropriately. So, you know, extracting pages from convoluted table code, extracting that content and putting it into an accessible framework is going to be costly, but down the road it’s going to have to happen anyway in order for any kind of flexibility and ubiquity to happen with those Web pages. So in that sense, it’s just a good practice. It’s like tearing down a shack and building a decent building, in the long term it’s the right thing to do and it’s going to pay off.

DW: But there are laws that ensure that buildings are publicly accessible. Are there laws about Web site accessibility? Is one of the business benefits making sure you’re complying with the law?

SH: Yeah it is, and frankly for me, that’s an area that I’ve really tried to steer clear of because I can’t hold all that information in my head! But also I think it’s somewhat irrelevant. I don’t think anyone would say it doesn’t matter if people who are in wheelchairs can’t get into a building; I don’t think that’s a discussion that’s taking place right now. I think that we ought to be in the same place with Web sites. I don’t think anyone should sit around and say, “I don’t care that people who live in the boondocks and are dialing in over a modem can’t access my site.” That just shouldn’t be a conversation that people are having. But yes, you’re right, there are legal requirements around the world that require people to build accessible Web sites.

DW: So, whose guidelines should I follow if I’m producing a global site? There are so many standards organizations out there.

SH: Well, you can read my book. One of the reasons I wrote the book is I feel like the standards are very hard to implement for designers, for people who are actually in the industry.

DW: You mean those that have been published?

SH: The W3C standards, the section 508 standards, the published requirements that you have to meet in order to be compliant. Those are fine, and I think you could follow any of them and make great strides to building accessible Web sites, but when it comes down to really incorporating access into a design approach, they really fall short. It’s the after-the-fact kind of stuff that I haven’t found to be all that useful.

Again, if you think about buildings, I think it helps a lot in these conversations to think about the built environment and the way that we’ve incorporated access into the built environment. Certainly, there are people who come in after a building has been constructed, or who are consulted along the way, to make sure that the specifics of accessibility are met in a building–that the elevators have the right kinds of buttons, that there is proper signage and ramps and all those of things that we think about. But the good architect who is designing that building is thinking about those requirements even before they start building. So it’s hard to take the guidelines from the W3C or 508 or whatever and implement them after the fact, it’s better to just make sure that those elements are part of your design approach.

DW: Let’s talk about the tools designers and developers use today. I think “access by design” is a great philosophy, but how supportive is software, IDEs and development kits of that strategy?

SH: Well, I still build sites from scratch with BBEdit. I have to say that I don’t think the tools are supporting it very well and I think you’re right in bringing up this question because it’s the pivotal issue in terms of building accessible sites. I think that tools could do an enormous amount, but then from my little corner of the world, I don’t see a lot of progress being made on that front. So if there are any enterprising listeners or readers, I think building a CMS that employs “access by design” and makes it very easy for people who are just providing content to make it accessible, that would be such a win.

DW: How do you feel about the accessibility of AJAX?

SH: I’ve read some concerns that people have raised about accessibility with regards to AJAX. I have a concern about interactivity—period—on the Web, and another trend that I see going on: businesses and individuals trying to turn the Web into a software application. It’s understandable that people would want the Web to become a software application and it has in many cases, but it’s doing that without the kind of guidance and oversight that was there when the Web itself was born and without someone really paying attention to the concerns about universal access. Things are happening in pockets of different software companies, but without oversight that would ensure that universal access is being considered when new technologies are developed. That concerns me a lot.

DW: What are the accessibility challenges with emerging devices (such as PDAs, cell phones and TVs) that can access Web content?

SH: That’s one of the benefits of my approach because it embraces the flexibility of the Web rather than trying to nail down designs that just say “OK, my designs are going to change and the design needs to keep its integrity and transform gracefully.” So I’d say that that’s a priority for Web designers.

If you adopt that as a priority and make things flexible, make content text-based. Structure your documents so that they can be read by software in a meaningful way. And make things customizable, by users. Those are things that would benefit access in general but also access by a variety of devices.

Sarah Horton is a web developer with Academic Computing at Dartmouth College, where she helps faculty incorporate technology into their teaching. Together with Patrick Lynch she authored the best-selling Web Style Guide, recently released in its second edition. Sarah regularly writes and speaks on the topic of accessible web design.

Alex Barnett is Online Customer Experience Manager at Microsoft UK, living in London and spending way too much time online.