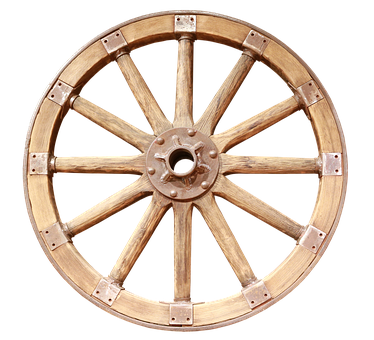 SxSWi: Ride It Till The Wheels Come Off (Again!)

It’s hard to believe, but this year was my fifth attending the South by Southwest Interactive (SxSWi) festival in Austin, Texas. “Ride it till the wheels come off” has been my motto for the past couple of years, and this year, ride it I did. My sleep time ranged from about five hours down to precisely zero minutes on the last night. Despite the exhaustion, I came away as energized as I have for the past five years. Here’s why.

SxSWi is about ideas

SxSWi attracts some of the greatest writers, designers and thinkers in the country. And because it’s not as narrowly focused on technology as some other conferences, there is an interesting cross-pollination between fields as disparate as game design, filmmaking and politics.

This year, I was stimulated by Malcolm Gladwell’s discussion of rapid cognition and how our snap judgments can help or hinder us. Then I was entertained and challenged by Al Franken’s struggle to rehabilitate the word “liberal” in the United States.

The panel schedule was also filled stimulating topics, including race and representation (“Blogging While Black”), the globalization of blogs and issues of political repression (“Blogs and Blockades” and “Blogging without Borders”), and the changing face of journalism (“We the Media” and “Blogging vs. Journalism”).

A yearly tradition is Bruce Sterling’s “rant” and this year was just as wide-ranging (and thought-provoking) as ever. More and more, Sterling’s futurist ideas make me realize there are strong connections between technology, economics and politics.

But it’s not all egghead stuff.

SxSWi is about practical help

Some of the most useful panels dealt with the nuts and bolts of Web design and technology. Particularly well-prepared and presented were the panels on CSS (“How to be Beautiful: More Hi-Fi Design with CSS” and “How to Bluff Your Way in CSS”) and creativity (“How to Hot-Wire the Creative Process: Drive It Like You Stole It”). I came home with a handful of new techniques I’m eager to put into practice.

There were some whimsical panels on tricking out your blog and your iPod. Less officially, someone helped me set up FireWire over IP on my iBook. Practical solutions abound when you’re surrounded by so many Web geeks!

SxSWi is about recognizing great design

One of the nice things about gathering in person in Austin each year is that we get to recognize in person the creators of great Web design and content. The SxSWi Web Awards have become quite a polished event, with hundreds in attendance and real hardware handed out to the winners. Less formally, Nikolai Nolan’s Bloggies give a shout out to the more personal sites, accompanied by a lively and irreverent backchannel chat over IRC. It’s important to applaud those who push our community in new directions, and SxSWi has been doing that for many years now.

SxSWi is about stories

Some of my favorite evening events are all about creative storytelling. Spinning off from the popular Fray Day events five years ago, Fray Cafe packs them in every year. Participants have five minutes to tell a true story, and this year the quality was very high, both from the featured performers and from the open mic participants. Rumor has it that audio from the event will be available on the Fray Cafe Austin 5 event page.

20×2 is another storytelling venue with a slightly different set of limitations. Twenty performers are approached several months before the event and given a theme in the form of a question. Each then prepares a two-minute performance. This year’s question was “What’s the word?” and we witnessed songs, films, monologues, and even a cell-phone stunt that went horribly wrong. 20×2 has an element of performance art and I love seeing what people can create when given the constraints of both theme and time.

Of course, stories are what attracted me to the Web in the first place. SxSWi is the perfect place to meet the people behind the Web—not only the professional designers and developers, but also the regular folks behind the blogs that make the Web more than just a place to buy and sell stuff.

SxSWi is about people

I can’t repeat enough how amazing it is to be surrounded by some of the nicest, most brilliant and creative people on the Web. Forget “networking” or “schmoozing”—it’s just an honor to count some of these people as my friends. Their work inspires me, their humor and sense of fun keeps me smiling, and their love for me and for our community make me feel very lucky to be a part of it all.

I’ve made some of my most treasured friendships online, but there really is nothing better than hanging out face-to-face, even for just a few days. It reinforces my belief that the Web is creating new forms of real community in our fragmenting world.

I come to Austin to hang out with old friends and meet new ones. We tell jokes and eat and drink too much, but we also support each other, whether it’s helping each other through career or relationship woes, or sharing and encouraging new creative projects and business ideas.

I don’t go to conferences as a rule. They’re expensive and participants generally don’t interact. Several things make SxSWi very different. First, the cost is relatively low, probably because the entire thing is run by volunteers. The one year-round employee, Hugh Forrest, is a laid-back Texan who’s not running this to turn a profit. By lowering the financial barrier to entry, SxSWi encourages diversity.

Secondly, SxSWi is as much a bloggers’ festival as a technology one. Because so many of us know each other online already, it makes it very easy to hang out between, after and during panels.

On a related note, Austin is a very relaxed and friendly place. The weather is usually fantastic and a welcome escape from March snowstorms in my native Toronto.

The cultivation of the evening events has also been beneficial to SxSW’s success. Geeks like to party just like everyone else. It’s often at these events that we get to express our artistic side, telling stories or creating performance art pieces. And I’ve had more ideas at 3 a.m. in Austin than I’ve ever had at 10 a.m. in Toronto.

Another quibble I hear now and then is that the panelists don’t change radically from year to year. Most are well-known Web personalities, and many have written books. All well and good, but it can sometimes appear to be a closed fraternity. And though many panelists are excellent, far too many don’t prepare ahead of time. Trying to get a group of people together who work all over the country is difficult, granted. But these are people who work the Web and know how to use online collaboration tools. It’s disappointing to get the impression that the panelists have met for the first time five minutes before their presentation.

With these issues addressed, SxSWi might approach perfection. In any case, I’ll be reattaching my wheels and heading down to Austin again next March.