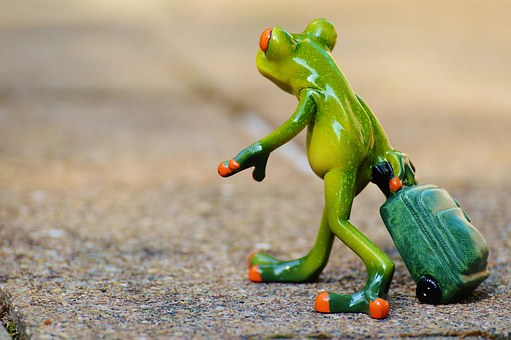 hen I was given the opportunity to write this column here at Digital Web Magazine, I felt as though I were on top of the world. I knew I had a readership that was greater than many authors ever get. I was fascinated that this group of talented individuals could come together and work on something such as this for absolutely no personal gain whatsoever, beyond the prestige of writing for the name.

What I have to say today, however, is something I’ve been putting off for quite some time. I didn’t want it to be true, because I was both afraid of the consequences and what sort of message would be sent to those that read my words.

I am taking an indefinite hiatus from Digital Web Magazine.

The words flow surprisingly easily from my fingers as I type this, but only because I have reached a certain degree of resolution regarding the facts. The reality of my situation is such that I no longer have the drive to publish, month after month, words of self-proclaimed wisdom about a field of study that I no longer consider myself an expert in.

I almost feel as though I am too old and distant from the cutting-edge. This was never more evident than in one of my previous columns in which I decried the usage of Flash as a design medium/tool. I received just this side of death threats from angry readers that were upset that I would speak out against something so positive as Flash. And I stared dumbly at my terminal, waiting for someone to slap me, to wake me from the dream.

I’ve been out of steady work for quite some time now, and because of that, I’ve had to venture into fields that I didn’t realize I was passionate about until I had the time to listen to myself. In particular, I have taken a great deal of time out of my schedule to study English. My goals are rather simple: First I get a bachelors degree in English and begin teaching to high school students. Next comes a Masters degree, and I get a salary raise. Finally, I get my doctorate and a position in a small liberal arts college.

Such as it is, I’ve been complaining to myself, silently, that I no longer have the intuition and drive to sit on the bleeding edge of technology to report back to the masses as though I were nothing more than a glorified news anchor. Unfortunately, these facts have become all too true to myself, and I am just now revealing them to you, my public, as a bit of consolation–and a bit of an apology.

I do not take my leave from Digital Web Magazine lightly. The time I spent here, writing for you all, was a time of profound joy and pride. The group of editors, content writers, and publishers here is astounding, and work as a single arm, reaching out for a single goal. You have to see it to believe it. Of course, a “normal” magazine would scoff at this group–we’ve not made a penny in advertising, salaries, or bonuses. We do it all because we’re passionate about something that you’re passionate about–the World Wide Web. It is because of that that I must bow out of the magazine for a while. For reasons undetermined by my futile attempts, I’ve moved farther and farther away from the independent web as we know it. Not out of spite, or anger, or anything else negative, but because of a lack of time, a fear of disjointedness, and the constant struggle to pay the next bill.

I hope that the eleven (and now twelve) columns that I have written here experience a sense of timelessness, but such things cannot be determined in the present–they lie in the hands of the future.

Perhaps it is fate that this month’s Digital Web Magazine discusses “making the web work.” I think, perhaps, I’ve made the web work for me, and in turn, I’ve worked for the web. However, there comes a time when you must stand back, analyze yourself, and take stock of what you have. This is, in fact, how you make the web work for you. While you’re slaving over the code, cramping your thumb on your trackball, and squinting your eyes at the pixels, remember what it is you are doing this for, and never ever forget. Perhaps for a while I did forget, but I’ve reacquainted myself with the idea: The web is for you and for me. Its just time I started giving “me” a little extra air to breathe. So, I tackle a vacation from Digital Web Magazine.

And while I’m gone, if you’re a die-hard Stephen fan, I’ve got an email address (steve@miscminutiae) and a personal journal (http://miscminutiae.com/) to which I welcome you all.

Thanks for the memories.

Stephen Van Doren is a software developer and graphic designer from Denver, Colorado.