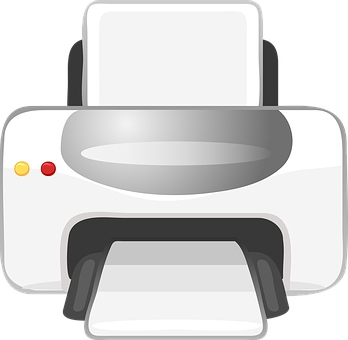 Independent Publishing is Growing Up

So there I was at SXSW in March, just like I had been the year before, but this year was different. I found myself on the other side of the panel table looking at the audience instead of being part of them. The audience was filled with friends, fellow contributors, and owners of independent web sites much like Digital Web Magazine.

On the panel, we had Sooz representing the Independents Day web site, and also moderating the panel. Ev Williams from Pyra, the company behind Blogger, was there, and so was Dori Smith, web author at large. At the end of the table was Kelly Abbott, the man behind Spoke and Axle, a peer-to-peer web hosting site. Sooz fielded the questions as they came in. Everything was running smoothly.

Then a voice spoke from the back of the room.

“Nick, have you made any money with your magazine?”

It was an honest question asked by someone I knew—Ernest Kim from 37Signals, a company I had always admired for their simplistic style. I can’t blame Ernest for asking that question, it’s the question that has plagued me for many years. I have always wanted to make a living out of something I loved doing. I didn’t need to be rich doing it, just enough to pay the bills would be a dream come true for me.

So I commended Ernest for his courage, after all, he was willing to play devil’s advocate standing in a room full of independent content producers. And anyone who has built independent web sites knows that we are all ready to fend our turf from any form of corporatization. In a roundabout way, I did answer his question with a “no.” Ernest seemed puzzled by my answer. Some time ago that answer puzzeled me too until I came to better understand the idea of the independent web.

I have always considered my best element of expression to be the written word. For some reason the words flow better from my fingers than they do from my lips. But I don’t just want to express myself, I want to educate others from what I have learned. This was the sole principal behind the creation of Digital Web Magazine. It was never about the money, it was about the freedom of expression and the ability to share knowledge.

Once I gained the understanding that I may never get paid to produce this publication, I was put at ease with the situation. Being at ease motivated me to not only follow through with the publication but to also prove that just because something is free doesn’t mean that it is of a lesser quality than something that is not free. What good is getting paid for something you hate to do? It only pays the bills.

Doing something you love to do and doing for free pays the soul.

So what is Digital Web Magazine? It is an online e-zine community site dedicated to educating and informing web designers and web developers about new technologies, news and sites of interest. It’s about passing on the knowledge that expert web designers and developers have to the next generation so others can learn from their experiences.

I started it as a personal site in 1994 and it evolved over time. I purchased digital-web.com on May 13th of 1996. The site became Digital Web Magazine in 1999 and we started publishing seasonally, then monthly in 2001 and finally weekly like you see now.

When we started out, there were hundreds of sites out there that were publishing content frequently. We were but one of a handful of sites dedicated to web designers and developers only. Instead of building just another e-zine with eye candy or designing for the sake of design, we decided to focus on the core idea of the content being center stage. I think the design and the content itself reflects that.

When you start an independent site you go through a series of challenging phases that allow you to grow as an individual and ultimately allows your projects to mature into something more than just another space on the web.

With Digital Web, our readership grew along with the Web. No longer were we just designers creating art, we were architects constructing information. It wasn’t just important to show something amazing to the users of the web, it was also important to make that information accessible and well organized for our audience.

So, back to the money issue. All of the work you see on the site from logo design to page design, content and cover artwork is contributed with no monetary compensation. We do it because we want to help in the evolution of the web. The first step to bring the web beyond its infant stage is to understand where we are at and what tools we have at our disposal. The second step is to see what the possibilities are once we understand the tools at hand.

We’ve been fortunate enough to have some very talented individuals volunteer their free time to helping the magazine continue to grow. Some of them came to Digital Web out of the blue, others were asked, still some responded to announcement messages on various sites stating that we were looking for volunteers.

It is important to understand that the web was bombarded with corporatization in it is early days. Like a tragic childhood event the focus on corporate initiatives has had serious repercussions in the way that the web has grown up. I am hoping that the web grows out of the “anything for a buck” phase and moves into the “information” phase. There are already signs of this happening. If you take a look around you will see them. Before, we were just interested in hits and how to gain traffic on our sites with no regard to the audience.

Digital Web defies this corporate mindset by focusing on the spirit of independence and voluntary ideals. The staff and I do not receive any form of monetary compensation for our efforts. We do occasionally get compensation of the non-monetary form, for example, an event pass or a panel seat at a conference. Some of the most rewarding things we have received range from simple links on someone’s personal site all the way to our site being mentioned in printed magazines and books such as Yale Press’s Web Style Guide and other educational textbooks.

This is not to say we don’t use a form of advertising, because we do. On Digital Web you will see that there are two distinct features in our advertising. First and foremost the ads are related to the site. The ads are for sites that are of great interest to our readers, sites that our readers say they visit often, not just sites that try to sell them something. The second thing is that our ads come second to the content. I can’t count the number of times I have been disgusted to see a large block ad right in the middle of some great article that was trying to prove a point—that is, until the animated block ad distracted me and caused me to close the browser window out of disgust and bit of compulsion.

I think a lot of the staff and contributors do it not because they think it will make them rich or because they want to get something out of it, instead, they do it because they want to give something back to the community. The web design and development community is pretty small when you get down to it and I would say this is their way of saying thanks to those who have helped them in the past when they had questions on a mailing list or posted some problem in a forum. This continues the tradition of a community driven effort.

Back when I started the magazine I surveyed my site’s readership and they lead me on the path to where we are today. Since then I had not sent out any surveys to the site’s readership. We assumed we knew our users, we were wrong. Today we see the evolution of Information Designers and Information Architects, Usability and accessibility are no longer the butt of a bad joke. It is becoming more clear that these things are much more important than we used to think. It’s no longer design for the sake of design; instead its form ever follows function, users over hits. Audience loyalty and proven functionality are key factors in all of this.

I feel that by allowing our readership drive the content it has enabled us to really keep in touch with the way the web is evolving and understand the newer technologies that really matter that are not surrounded by a lot of hype and little promise. By allowing our readers to be contributors we can not only give them the exposure that they wouldn’t have received elsewhere but we can help educate other readers in perspectives that would otherwise go unnoticed among the publications with advertorials and sponsor driven content. That’s important and that’s what defines what we are as not only a publication but as a community of professionals.

Whatever the future of Digital Web Magazine holds, it will be within the hands of the independent spirits that make it so. My greatest hope is that readers will be inspired by Digital Web Magazine and create something that is passionate and given to the world in the spirit of sharing just for the sheer joy of doing so.