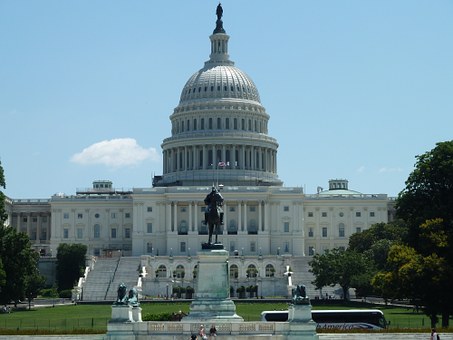 Your views on politics and web design

Last week we asked you how politics affects the jobbing web designer, and many of you responded with your thoughts. It was gratifying to see that, in the main, our readers are politically aware and realize the effect that national politics can have on their day-to-day lives — but what specifically do web pros need to consider? Adam Conrad says:

Politics has yet to affect my day-to-day life finding a job, doing my work and making the web a better place. However, at the end of the day, who is in office will directly affect many aspects of my work, which many in the industry fail to account for. If my taxes go up or inflation increases, then my per-hour wage may have to jump more than my clients can comfortably afford, and I could either lose business or money by taking on cheaper/less jobs. If our country goes to war, gas prices go up and it costs me significantly more to drive to a client’s home/business for a consultation, often a price I do not include in the contract. It’s simple things like these that, as I said, do not add up in the moment, but trickle down from big events that eventually affect everyone.

As someone who owns his own business the current political climate is extremely important to me. Health insurance alone is a huge pain for us. We pay way too much for way too little coverage. If you have a pre-existing condition then you may as well forget it. We constantly feel as the odds are stacked against the independent professional. The health insurance industry is completely built upon the framework that giving healthcare coverage to people who need it is not profitable. Knowing that Obama, and Democrats in general, are going to do something about that gives me hope for my family’s future.

And Brandy Reppy notes that: “trying to justify the expense of a well thought-out and maintained web presence to an organization or business that is struggling financially because of poor political decision-making is an uphill battle at best.”

There are also factors closer to home about which readers are concerned. Tristan Louis:

In this election cycle, things like open access, a high speed internet network architecture, and first amendment rights on the internet will be affected by who ends up in the White House as a result of this election.

Nathan Steiner took a closer look at the candidates’ technology positions, and writes:

Just for fun, compare the first google results for “Obama on technology” vs. “McCain on technology.” Obama’s result leads to his own page on the subject, which includes three clear and important priorities: net neutrality, broadband for everyone, and grants for research. McCain’s result leads to a third party site listing his positions on technology, most of which reveal a generic focus on financial and taxing issues. I don’t believe that either candidate would be considerably better or worse on issues directly related to web developers, but Obama has shown an understanding of the power of social networks and how to hook-up a grass-roots financing campaign into the web with unprecedented success. It seems that the health of the web as it relates to US business interests would greatly benefit from a president who understood it as clearly as the Obama camp does.

Finally, spare a thought for this guy:

I currently work for a company that relies pretty heavily on large enterprise customers and government agencies. So how those organizations’ spending is affected by the policies set by government, and however directly or indirectly by the person sitting in the Oval Office does affect my company, my job, and any rewards I may earn as a result of our success. So ironically while I am very politically liberal in beliefs and in how I vote (I’m a Green Party member who votes Democrat), my company may benefit from policy makers who benefit large corporations, which I am generally opposed to.

Thank you to everyone who responded.

Hey guys! Thanks for including me in the article, I had no idea I would be picked! Congrats to Obama, hopefully we can start to nip these issues in the butt over the next 4 years.