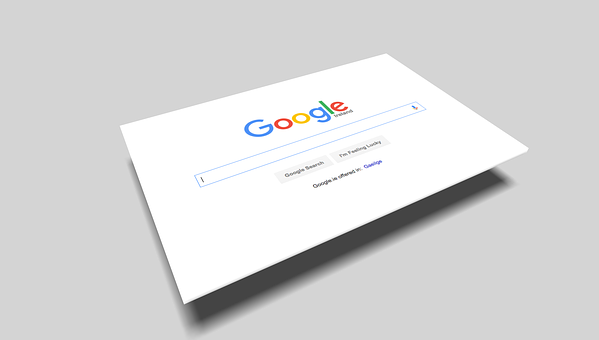 Where Did My Beautiful Internet Go?

Most web designers worth their salt know the phrase web design is a laughably broad term. Designing for the web entails understanding interaction design, information architecture, usability, accessibility, as well as having an excellent feel for visual design. However, for the purpose of this article, I’m going to narrow the focus of web design to the visual side of things. For a moment, forget about usability and information architecture and the like, and take a look at the internet from a purely visual standpoint. If you read the same blogs that I do—those wonderfully designed sites by professional designers—venture outside your routine a bit to view some non-design-oriented sites.

What you will probably find is a landscape of sameness. Originality seems to have been sucked out of the majority of the internet. Why? Why has the internet so quickly fallen into certain patterns and simple designs? Here are four possible reasons for you to mull over while you drink your tea.

It is hard to argue against RSS. RSS is the engine driving the hyper-mashup revolution. Average Joes everywhere are using RSS feeds to aggregate only the content that is relevant to them—and there has been much rejoicing. People are using RSS feeds and feed-readers to help them manage the deluge of content produced each day and only reading that which rises to the top. On its surface, all of this is good for the user, but is it the panacea we all think it is? Of course it isn’t.

The visual design of a site is not simply decoration, it is communication. The imagery, layout, and symbolism framing the content is there in a supportive, enriching role. Designers don’t play with colors simply to make something pretty, they use color, texture, typography, and myriad other techniques to enforce, enhance, and contextualize their content. In an RSS reader, all of this effort is rendered moot.

If a new author assumes the majority of her content is going to be read in a feed-reader or through RSS, then she may not take quite as much time working on a relevant visual design for her content, or may simply choose a ready-made template. This author won’t take into account the richness a compelling visual design would add to the entire experience of her site. Thus, her content will be simply that—content.

Indeed, some designers use visual means for content organization. Dave Shea’s most recent redesign, entitled Fountain, organizes articles around a primary image and color palette. In this way, articles are associated with each other through visual similarity, much like in a magazine. The functionality of this organizational mechanism is unavailable in RSS and lost on the user who never visits his site.

For the user, the drawbacks are not immediately apparent. When a trained designer puts together a website, each and every decision, from the visual details to the information architecture, is selected for a reason. Shea’s musings on design are much more relevant and authoritative when consumed within the confines of his blog than when abstracted into a hermetic feed-reading environment. His site is a living, breathing example of his philosophies, practices, and techniques—the very thing addressed in his content. Yes, the content must be able to stand on its own, but that doesn’t mean content that stands on its own can’t benefit from rich visuals and intelligent organization. The feed-using subscriber has shorted himself the complete experience by reading abstracted content.

The ubiquitous nature of the internet probably does far more harm to visual creativity and originality than most people think. Take Cameron Moll’s “Wicked Worn” look as an example. Moll not only uses the look (sparingly) on his site, but was kind enough to release a very thorough tutorial into the wild. The result of his transparency was a deluge of worn sites appearing everywhere, some implemented well, but many poorly. Seemingly overnight, his approach went from novel to overused. We saw this with the drop-shadow epidemic that struck the internet in 2004, and we are hopefully nearing the end of the trend to imitate the 37signals aesthetic. What is next? We’ll know soon enough.

Returning to Moll, in 2006, he published an article centered on the design axiom of, Good Designers Copy, Great Designers Steal. Unfortunately, the subtlety and intricacy of that statement were mostly lost on us. Such a statement requires qualifiers and possibly a background in design to fully understand the difference between outright stealing (the most obvious example of which would be copying someone’s stylesheet and images to your own server) and the abstract notion of stealing as it correlates to design. His article may have acted as a sort of permission to some.

As we know, the web is everywhere. Visual aesthetics can be copied and dispersed in an instant. Because of this, designers have very little protection from thieves, and are often victimized by lazy web designers. This helps to shallow out the pool and make it difficult for the layman to spot truly original work.

Greg Storey wrote an amazing rant on this subject, so I’ll wait for you to read his words before coming back to mine. Aside from the general malaise of templating and lack of originality from page to page, self-publishing engines and their associated templates have done something that may be even more harmful: provided precedents. We have all heard the statistics about how many blogs are being added each day, and we may assume that the majority of these blogs are started using Blogger, LiveJournal, TypePad, etc. These services have a set number of templates, and each new blog only serves to increase the stake of those designs in the majority. Granted, many of these templates (Blogger comes to mind) were designed by well-respected professionals and do stand quite well on their own. However, the sheer number of look-alike sites out there is quickly rendering these templates the de-facto standard for the layout of a site, and this cannot be a good thing.

This acceptance of templates as the norm makes it even more of a struggle to get a novel concept or visual design out to the average user, who will undoubtedly have difficulty moving outside of his or her pre-conceived boundaries of design. In turn, it makes it difficult for a design firm or freelancer to convince a client to take risks that may or may not even be risky were it not for the prevalence of templating engines.

Yes, I said it. This is a war that has been raging since the dawn of Nielsen. For the moment, let us ignore people on either end of the spectrum and focus instead on the reasonable people in the middle. These are the people who recognize that, for better or worse, sites are meant to be interacted with. Because of this, certain conventions, standards, and best practices have arisen. No, you cannot make your navigation out of turtles that move across the screen and are only available for forty percent of the day—this would be a horrible interaction decision. The standards are workable, but undeniably hamstring the average designer.

Great designers can work within constraints to make something beautiful, and we can see a few fleeting examples of this throughout the web. But the majority of people creating things for the web could hardly be dubbed great, and many of them have no formal background in design. These people embrace adages such as, “the primary navigation should be at the top,” and, “the logo needs to be in the top-left corner,” and simply move on. While these assumptions shouldn’t necessarily be discarded, they should be seen as challenges to the designer.

One of the most recent examples of challenging traditional notions has been Derek Powazek’s embrace of the footer. Powezek took information that had been holed up in the right-hand sidebar of most sites for the past few years and re-located it to the footer, defying those who preach that information should be above the fold and stating:

“..sidebar items are great for readers who just aren’t engaged in whatever they’re reading. They can skim down a paragraph or two and then link away to the next thing. But do you really want to optimize your site for the least engaged?”
– D. Powezek

The information (read: content) of his site did not change at all. A simple visual realignment of his site unleashed a whole new way of thinking about ancillary content in blogs. Naturally, this was unavailable to those using RSS and was quickly copied by many.

So where do we go from here? The very first thing we need to do is take stock of where we are, and begin working towards improvement. Visual design, unlike other web practices such as XHTML/CSS development, is a practice without clear boundaries and is more difficult to learn by studying books and mastering tools. Fortunately, that doesn’t mean that improvement is impossible. I’m not going to presume to give advice here on how to become a great designer, but most every piece of advice I’ve ever seen goes something along the lines of, “Observe the world around you and keep practicing your craft.”

As a design technologist for frog design, inc., Sean Madden designs and develops front-end user interfaces for a variety of digital platforms, from websites and software applications to consumer electronics. He has written no books but has read plenty and thinks it sounds hard to write one. Living in San Francisco, he is desperately trying to find a way to get back to Portland.