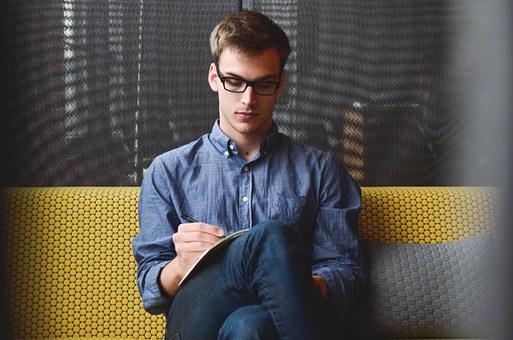 Why Do Web Startups Die? Lack of Alphalpha

Internet startups are generally as successful as a nerd in a singles bar. Ventures that get off the ground rarely get knee-high. Why?

The biggest problem I’ve seen isn’t lack of talent, enthusiasm or even funding. It lies in skipping a critical early stage of development I call the “alpha-alpha” stage, or “alphalpha” for short. Alphalpha fits into that frantic time between the Product Requirements Document and the alpha release—but to neglect it is to raise a building without first laying the foundations.

The alphalpha stage forces you to answer questions that inform every succeeding step. So when you’re ready for beta, you’ve got something your target audience will comprehend and remember.

You don’t need a deckful of scatter charts to do this, but you do need the willingness to make some difficult decisions now—and stick to them later. Doing this in the alphalpha stage is a lot easier (and cheaper) than trying to build the foundation after you’ve raised the first story.

Unfortunately people in startup companies want to get along with each other, so they avoid conflict. They pretend to agree on these “alphalpha” fundamentals, but then proceed to pull in different directions. This is where our help often comes in. We tie our clients to a chair, in a manner of speaking, and guide them through the deliberations required to clearly answer the five alphalpha questions:

Alphalpha question #1: What are we?

It’s the most basic question, but you’d be surprised how many blank stares it draws—or worse, conflicting answers. (My favorite: “We’re whatever our customers want us to be.”)

The question here is really: “What category are we in?” Are we a medical information site? A restaurant recommendation engine? A travel booking service for retirees? No one defies categorization. Even if you don’t put yourself into a category, consumers will.

If you really do constitute a new category—(Parking lot reviews! Singing lessons for dogs!) that’s great, but your job just got a whole lot harder, because you’ll have to make sure people truly understand your unique value proposition—which, by the way, you should be able to sum up in a single clear sentence. I had a client that offered online music subscriptions, but people were unable to grasp from their site what that meant. Research revealed the best way to explain it was with an analogy: An unlimited online jukebox for a low monthly fee. Suddenly, people understood it. (Unfortunately they didn’t want it, but that’s another story.)

The “about us” page should offer a terse declaration of the value proposition, but too often you’ll instead find a lot of blather that makes you work to find out what’s going on. For example: “[We] provide decision support solutions that enable stakeholders to objectively identify the software products that best fit their company’s unique business and systems requirements, and that contribute most effectively to superior business performance.” Uh-huh.

I counted hundreds of companies claiming to be “technology solutions providers” before I got bored. Well, I guess it’s better than being a “technology problems provider.”

Alphalpha question #2: Who are we for?

“All for one and one for all” might be fine for the Three Musketeers, but it’s a dreadful web strategy. Define your target audience as narrowly as possible. Consumers will know instantly whether you’re talking to them.

In short, if you build it, they won’t care—but if you build it just for them, they will come. Take advantage of the web’s amazing power to target and segment and make two clearly targeted versions. Or three. Or ten.

Alphalpha question #3: How are we different?

Positioning is the least understood but most important part of the alphalpha stage. I’m often handed a convoluted, omnibus “positioning statement” that’s been hammered out through painful negotiation. The team reached consensus on it? Good—have it bronzed. But it’s going to be no help in building your business.

The truth is, the words in your positioning statement don’t really matter, because you’re never going to use them in your communications. Positioning is differentiation from the others in your category. (The only dating site for nerds, let’s say. Or medical advice from real witch doctors.) To be viable, your position must be unique in its category, clear, and, most importantly, relevant to your target audience.

Unique means, well, unique. I came across a new site designed to let you “create debates, add arguments, craft rebuttals, and vote with your click.” How is that different from every other site on the internet?

Positioning can be a tough one, and it often takes outside help. Deciding who you are means sticking a flag in the ground, grabbing the bull by the horns—or whatever tired analogy you prefer—but you’ve got to do it. Case in point: You may remember the case of the online calendar site that got mowed down by the launch of Google Calendar. Despite claims of being blindsided, they saw it coming a year out and had the time to differentiate the product or to choose a narrower target audience. Frankly, few executives do this willingly, because it may require leaving target audiences and market segments behind, at least for now. But positioning, as they say, is the art of sacrifice.

Alphalpha question #4: What are we called?

If positioning is under-emphasized, it’s the opposite with naming. I’ve seen companies turn themselves inside out to find a name that says everything about them. And I have learned that, no matter how many names we come up with in the first round of a naming exercise, they want more. They’re looking for the right name.

But I will let you in on a secret. There is no ‘right name’.

Your company attributes don’t come from your name. They are given to your name over time by your products and communications. What values, after all, are inherent in out-there names like Google or BlueFly?

Your name can be descriptive (NothingButPotatoes.com), a lofty allusion (BrownEyedPotato.com) or a made-up word (Spuddleton.com). It should be easy to pronounce and spell (Puhtataz.com would get mashed out there) and reflect your personality. That’s all. It’s what you put behind the name that counts.

One last thing: be careful. For example, a site for tracking down celebrity agents, whoRepresents.com, forgot that we don’t type urls with capital letters.

Brands and companies, like people, are recognizable by their personalities. If yours is distinctive, people will come to recognize and relate to you.

A bouquet of blandly generic positive values will get you nowhere. I can’t tell you how many clients have described their businesses as “smart, confident, and friendly”. Well sure, who wants to be dumb, insecure, and a jerk? But you can be book smart or worldly smart or funny smart. Which one are you? The more clearly you define it, the easier it is to be it.

This is not to say one is inherently better than the others. eHarmony.com, the online matchmaker, has a warm, sincere personality that creates a romantic feel. Their competitor Chemistry.com has a spicy attitude that is as much about mating as finding a mate. Which one is right? Both. They’re just different from one another—and different is good.

Out of your personality will grow your look, feel, and voice, which need to be written down, studied, and absorbed by everyone who creates on your behalf. Think this sounds contrived? Well it is—contrived to create a clear and consistent impression of who you are. Without that, you are likely to end up in a place I call Pale Blueland. It’s the sky-blue look-and-feel that dominates Yahoo!, Google, YouTube, Windows Live, MSN, Wikipedia, and Facebook. That’s seven of the top ten websites. You might think it’s good to be in their company. But you’ll just be hiding among them like you’re wearing camouflage.

Alphalpha follow-up question: Can you stick to it?

You have your alphalpha answers in a deck—now incorporate them into your site. Too many companies are brave in the artificial light of the PowerPoint projector, but in the glare of the marketplace their determination wilts like week-old arugula.

We’ve been helping web startups ask and answer these questions almost since the start of the web itself. We know this is not rocket science—it’s harder. After all, the laws of thermodynamics behave pretty much predictably, but co-workers and markets—forget it. So it helps to designate someone to be your alphalpha advocate, to make sure the hard work you’ve done is built into every aspect of your product and your brand. Someone smart and strong. You.

After all, if you’ve stuck with me this far, you’re going to be asking all the right questions.

Dave, an award-winning writer, creative director and brand strategist, is principal of The Dave and Eddy Show, a strategic communications and brand development firm. He has been working with Web companies since the last century. Dave lives and works in leafy Ridgefield, Connecticut, a short hop from Manhattan.