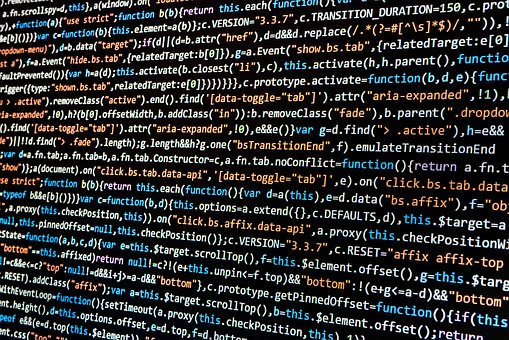 Why the Tech Industry Needs to Change Its Language

The acronyms and jargon that litter the Internet landscape fail to convey meaning because they’re based on confusing technical specifications with no immediately recognizable language roots: “TCP/IP,” “MP3,” and “KB,” for example. As a result, millions of people fumble their way through their daily computer use in a state of continuous confusion. How we think about technology is directly related to how we talk and write about it. As long as we are limiting the discussion to technical specifications, we reduce accessibility, limit usability, and ultimately fail to realize the benefits of these tools for many individuals. And, as businesses, that means we lose potential customers and revenue.

As we adopt the next wave of networked technologies—everything from wireless handheld devices, to Voice over IP, to digital video on demand, to connected home appliances—we are expanding the pool of technology users well beyond its old limits, beyond the privileged, technically minded few. Right now, we have the opportunity to craft language that makes these tools accessible to more people. As technology changes the way we work, play, and think, we need to open up the discussion to everyone. Good product design must include clear communication.

Tech companies have earned a reputation for not caring about how bewildering their products are to the average person. But they should care. For in the increasingly competitive marketplace in which we find ourselves—a marketplace that adds more and more non-technical users every day—a company that makes a product that is easier to use and understand will have a distinct competitive advantage over those that neglect their audience’s needs.

The language of technology has long been defined by those who create the function, but are indifferent to the form. The industry has constructed its words for communicating in software engineering meetings and on the factory floor, not for use in non-technical situations.

The immediate impact of this language barrier is that people are not buying high-tech products because they don’t understand them. A 2003 study, commissioned by the Global Consumer Advisory Board for chip maker Advanced Micro Devices indicated that tech terms as common as “megahertz,” “MP3,” and “Bluetooth” leave most people confused. The greatest functions can’t be used if no one, outside of an elite few, knows what they can do.

Tech speak manages to be both highly specific and maddeningly unclear at the same time—a dubious achievement.

While it’s probably too late to call MP3 files something less cryptic, for the sake of demonstrating how difficult tech language can be, let’s explore the naming scheme of this popular music file type.

MP3 isn’t a trio of military police, or three members of Britain’s Parliament, but rather a file type abbreviation that refers to another abbreviation—MPEG-1 Audio Layer III. MPEG refers to a standards body called the Moving Picture Experts Group; Layer III refers to the sound compression specification that reduces file size by removing audio data your ear is unlikely to miss. To explain MP3 to someone unfamiliar with the methods of the software industry is difficult. “What does it do?” and “how do I use it?” are the only relevant questions to those who would like a clear explanation for a needlessly complicated naming scheme.

The high-tech industry owes a debt of gratitude to the “translators,” without whom the market for consumer PCs, MP3 players, and other gadgets would be much smaller. I don’t know how often I’ve fielded calls from my father trying to figure out some computer function. He’s a smart man—a retired vice president and loan officer for a financial services organization—and he has to call me for computer advice? When people have this much difficulty figuring out how to use an everyday consumer product, the instructions need revisiting.

It should be alarming to the industry that software and hardware “how-to” books and tutorial DVDs like the Video Professor and “Dummies” series, produced by parties other than the manufacturer, are so popular. They’re so commonplace that we’ve forgotten that this isn’t a normal thing in the business world. There is no “Using Toasters for Dummies” book. There is no “Video Professor’s Guide to Shampooing Your Hair.” There aren’t huge sections of how-to books and videos on how to use your car; not build or repair, but simply use the product to perform the tasks for which it was designed, which is what all of those computer books are about. The overwhelming quantity of “how-to” books and “translators” illustrate the same point: people need help, a lot of help, and they’re not getting it from the companies that produce the products. It doesn’t have to be this way.

High tech’s lack of understanding of customer language is even reflected in the way the industry refers to its audience. The joke starts like this: “There are only two businesses that call their customers “users”…

“User” is a poor word choice because it defines people solely by a transaction. The “user” only exists so long as that person is “using” the product. And if you’re not using, we don’t care what you’re doing until you’re using again. This attitude, implicit in the word choice, breaks the number one rule of communication: “Respect your audience.” If people become faceless, transaction-based creatures that exist only to “use” a product, there’s a problem.

What are some other options for word choice? I’d rather be a “customer” than a “user.” At least “the customer is always right.”

What Do We Do About It?

Written language can be a powerful tool for assisting in design, development, communication, and comprehension, not merely a method for documenting specs after something has already been built, or cleverly marketing an already-existing product to a target audience. Language can shape the thinking of those who develop technology, and lead them in new directions. Language matters, and should have a prominent place in the development cycle for technology.

If we accept that integrating tech into our daily lives is vital, and that language shapes reality, then the rest will naturally fall into place. Literate, multi-disciplinary teams need to develop tech products from the beginning. It’s too late to deal with design issues—be they industrial, graphic, or language—at the end of the process. Engineers and other developers need to think about language as they work, and, most likely, they are going to need the help of professional writers and speakers along the way.

Specifically, there needs to be an “explainer” or “story teller” role built into tech teams—a multi-talented individual who can hold onto the vision of the final product; converse with engineers, marketers and designers; critique mercilessly; advocate for the everyday “user”; and of course, provide the foundation for all the text describing the product and its use.

The explainer needs to hold an important seat at the table, equal in power to any in the inner circle. The explainer needs to ask “why are we doing this?”, “who cares?”, “how does this help the customer?”, and “is this confusing?” Most importantly, the explainer needs to understand the requirements, restrictions, and goals of everyone on the team in order to have a deep understanding of the final product. This position requires someone technically minded, who can learn quickly, write compellingly, and take a leadership role when necessary. In many teams, the project manager may take on some of these responsibilities—going forward, a separate position for these tasks is needed.

In addition to clearer and more informative language, the world of high tech also requires imaginative descriptions. With new technology, we need new ways of thinking, and new ways of manipulating our language to create meaningful interactions.

Ambiguity in language may be despised by engineers, but it’s a key factor in expanding the way in which we think about these tools. Most tech specifications are dispassionate descriptions; we need the opposite. We need better imagery to build our virtual worlds. With words we need both flexibility and history: one to provide us room to imagine and the other to provide roots.

“Firewall” is a great example of a tech term that does its job. It evokes images of protection and security without resorting to strange acronyms or difficult word combinations. It combines two everyday words to create something new, but immediately understandable. And best of all, it stimulates our imagination. I can see bad guys being pushed away by the firewall now.

Language will become a competitive advantage, and ultimately, those companies who can explain their offerings best will win. If you’re a leader in the high-tech industry, you should care about properly communicating the features and benefits of your product to your audience.

To address the problem of the high-tech language barrier, we can start by producing manuals and supporting documents that are clearly written in plain English. Better yet, we can incorporate clear language into the design process, beginning with research and development. Technology developers mustn’t merely look at their work as a series of interesting puzzles to solve. They mustn’t merely think about scripts, compression schemes, and network protocols. They need to consider, right from the start, who it is that will one day be buying their product, bringing it into their homes, and living with it every day. They need to think very carefully about what in-house jargon they use, because, as experience has shown, the chances are extremely high that the in-house jargon will one day wind up on some poor, bewildered customer’s screen, with little explanation of what it means.

Descriptive language has never been seriously considered as an asset in the world of high tech. At best, it has been an afterthought, a layer added to better market products to consumers. However, if this is to be the decade for design and innovation, if we are to humanize high tech, we need to first address the issues of language so that all those people out there—the ones “using” high-tech products—will know what in the world.