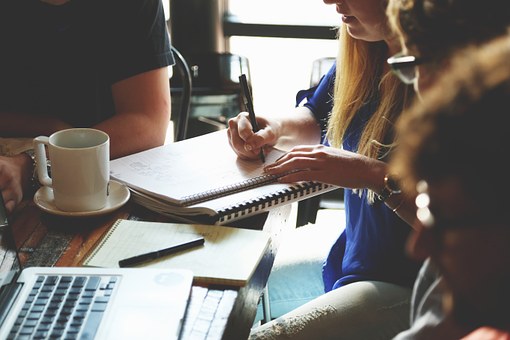 Andy Budd has an interesting post about The Ideal Web Team and several people have posted some good comments and offered alternative lists of who should be on an ideal web team. Including myself, so I won’t repeat what I said here. Instead I’d like to direct you to Peter-Paul Koch’s articles The Ideal Web Team (part 1) and The Ideal Web Team (part 2). I am not saying seven or five are ideal, in fact, I would say it really depends on the project. For example, I am working on a rather large project that contains six user experience team members (a mix of information designers, usability engineers, information architects, interaction architects, and LIS types). Still with me? Outside of that we have a Flash developer, a programmer (someone who dives into the backend systems), and we are about to bring on a graphical designer. Not to mention the Project Manager and key client contact. So I have to ask, is there really an ideal web team size? Can we really put a number to that? I would tend to believe that the answer is no, but perhaps you have some better insight into this?

I think you’re right — it really does depend on what you do, how you do it, and who you do it for. I would argue that there is probably a minimum requirement of people that is comparable to scope of the project, and time span of the project. Small site = 1 all around user, large site quite different. In the end, it’s not necessarily the amount of people, but the knowledge needed that is required, and always good to think about when starting a new business. You should, arguably, only hire employees to do work you absolutely cannot do — either regarding time (lack of) or skill — when you first start business. Not only for your employees but for yourself (balance your overhead to profit finances until you’re on solid ground so everyone gets to keep their cool job). Recently we redesigned a 60+ page site for a health company to standards and an updated look/feel. Most of this was static and minimal dynamics — so while some other members of dotfive worked on other projects, I handled all of this one coupled with one content writer in two months (Basecamp should count as one person practically or I would have been bogged down with project management). A two man + web application team worked fine — the other project panned out as a 4 man team project. I find that while I agree some people should focus more on their strengths, it can also pigeon hole themselves into a rut. So most of the people that work with me are well rounded, with weaknesses we try to iron out as we move ahead (just as I look the same for people to do for me). That means we don’t need 5 people; sometimes we need 2, sometimes 8 — again, always about the pyramid of freelance = Quality vs. Cost vs. Time. Client gets two, I get one… and that reflects upon how many minds you need divided by skillset.

information designers, usability engineers, information architects, interaction architects, and LIS types Care to define these roles? (Not sure what LIS is, either.) Seems like a lot of obfuscated terminology to mean “people who build websites”. I honestly don’t know what the hell an interaction architect would do if I hired him. Are there really people who have such job titles meaningfully asigned? The last few months of reading web development blogs/news/journalism have, for me, been well summed up in this, and I get the sense that the web-building process is being blogged as an oddly self-important and codified thing, almost to the point of bureaucracy.

Well, first off, LIS is “Library and Information Science” which is quite a different breed of IAs than the IAs who produce wireframes all day (maybe like myself?). An interaction architect is someone who defines how the system will respond and interact with the user, sometimes referred to as an interaction designer… again, quite different than an IA and someone who is doing usability. I guess one thing you have to look at is Brady’s point above. Depending on the project the size of the team will change… the larger the team the more specialized the roles can become as well. It’s not like you’d have 20 IAs all doing wireframes… you’d have an IA doing the information science part or the organization of content and information, another doing the structure/framework aspect such as wireframes, another working with the IT department doing system integration, etc. If I took that large team example and scaled it down as small as possible, there would be a “web designer” who does graphics, XHTML/CSS, and maybe even some PHP, then there would be an IA, and then the PM and that’s really it. It’s kind of like how in some small companies you have a “designer” who does it all… web, /files/includes/print.css, typography, branding, logo design, etc. and at a larger company you may find people in each of those roles… someone who just does logo design, someone who just does /files/includes/print.css design, another person who just does web design.